Getachew Mekuria, known to his fan as the “Ethiopian King of Saxophone”, spent more than 5 decades playing the Saxophone. When news of his death was heard on April 05 thousands of Ethiopians took to the social media to pour their condolences. Addis Standard reached out to the one man who knows Getachew and his works, Francis Falceto, who has spent decades collecting Ethiopian music of the ‘Golden Age’, including Getachew’s, to create 28-Disc Series called ‘Ethiopiques’. Francis spoke to us on his experience of Getachew, who died at the age of 82. Excerpts:

Addis Standard: How did you first know about Getachew?

Francis Falceto – I knew about Getachew’s music as far back as 1984 when I had the chance to listen to his Philips LP, and it was immediately obvious for me that it was something very special in Ethiopian music production, and able to match the most creative and experimental jazz performed in the northern hemisphere.

AS – When was the first time you included his works into your much admired Éthiopiques collection?

FF – I met and interviewed Getachew in October 1993 for the first time. This was the time when Tsehay Mesfin of Seble Music Shop had released a news cassette of Getachew’s recordings.

AS – What was it like to document his works?  FF – After this first meeting and interview, I didn’t stop meeting Getachew. I have re-released as Éthiopiques 14 of his seminal Philips recordings plus one old Shillela piece I had unearthed from a reel-to-reel tape in December 2002. The second edition of the Ethiopian Music(s) Festival (January 2003), supported by Alliance Ethio-Française, was dedicated to Getachew Mekurya. The following January 2004, for the 3rd edition of this Festival, Getachew performed again upon invitation of the Anglo-Indian singer Susheela Raman, and Either/Orchestra big band from Boston. Soon afterwards, Getachew will meet and perform extensively with the Dutch punk band The EX. He understood very quickly they were the proper band to back him consistently, with enough strength and fervor that Shillela style requests.

AS –Do you think Getachew enjoyed the fame and recognition he deserved?

FF – I am glad that the last years of Getachew brought him to the world’s attention and success. It is no exaggeration and boasting to say that his recognition came from abroad, at a time when most of the Ethiopian musicians (and the public at large) had literally forgotten him.  There had (and still there are) many veteran saxophone players of international standard that didn’t meet the national and international fame and recognition they deserve – like Merawi Sitot, Mammo Demissie or Girma Moges, to name but a few. This is often the sad fate of true artists. Their creative talent, especially through such a universal music instrument, didn’t get their due thanks from a public who enjoyed so much listening to them. As for Getachew, Ethiopian public, as well as cultural authorities seem to have never realized, or too lately, how innovative and brilliant has been his part in updating and developing deep Ethiopian musical traditions.

AS – If you were to deliver a 10 minute tribute at a candle light memorial for Getachew, what would you have said about him?

FF –I am not sure I can deliver a 10 minutes Shillela, poetic and radical, full of roaring images and Semenna work, to pay homage to Getachew. It seems to me that nothing else would fit.

ED’s note: This interview was first published on the April edition of AS hard copy. 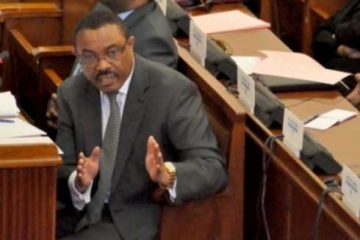