1000MW Facility will be Largest Geothermal Plant in Africa

(USAID)- Prime Minister H.E. Hailemariam Desalegn and Deputy Prime Minister H.E. Dr. Michael Debretsion were both in attendance to announce the first independent power project in Ethiopia’s history. The 1000MW Corbetti geothermal plant will be built in two 500MW stages and is expected to be the largest geothermal facility in of Africa, at a cost estimated at $4 billion over an 8-10 year construction period. Reykjavik Geothermal, a US-Icelandic private developer, will build and operate the power plant, located at Corbetti Caldera, considered a top geothermal resource by the team of Icelandic and Ethiopian geoscientists that have investigated the region.

The Corbetti project is part of the Power Africa Initiative announced by President Obama this past summer which seeks to add more than 10,000 megawatts of cleaner, more efficient electricity in six priority countries in sub-Saharan Africa. A key thrust of the Power Africa strategy is to accelerate the development of the vast and renewable geothermal potential in the Rift Valley which extends through both Ethiopia and Kenya. Corbetti was identified early on by USAID as a priority transaction that could showcase the innovative Power Africa model: combining private sector expertise and investment with U.S. government tools to mitigate risk and build local government expertise. USAID technical advice at the transaction level has been instrumental in moving the Corbetti project towards agreement. At the same time, the USAID-sponsored Geothermal Risk Mitigation Facility (GRMF), funded by KfW and managed by the African Union, will provide the Corbetti project with grant funding to defray the costs and risk of exploratory drilling. The Corbetti agreement is also a significant signal to the private sector and international investors that the Ethiopian energy sector is looking at new generation models beyond the dominant role that the public sector has played until now. This is also a critical objective of Power Africa: compelling African governments to institute appropriate reforms to create the right enabling environment for private sector activities.

Reykjavik expects the first 10MW of power to be on-line in 2015, with an additional 100MW in 2016, and the balance of the first phase 500MW on-line in 2018. Power Africa is a Presidential Initiative to double electricity access in sub-Saharan Africa. Although more than 69 percent of the population of sub-Saharan Africa is without electricity, the region has significant potential to develop clean, geothermal, hydro, wind, and solar energy. Launched with six partner countries, Power Africa employs a transaction-centered approach that provides governments, the private sector, and donors with incentives to collaborate on near-term results and systemic reforms that facilitate future investment. Ultimately, Power Africa will leverage government and private sector commitments to add more than 10,000 megawatts of cleaner, more efficient electricity generation capacity and enable new electricity access for up to 20 million households. Power Africa will also work closely with the African Development Bank and other donors and investors to enhance the tools and resources available to the energy sector. 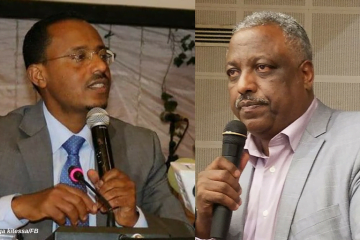