Addis Abeba, May 27/2020 –Africa Day this week is remembered at a time when the world faces an unprecedented crisis. Africa is not immune and has seen over 110,000 cases of COVID-19 and 3,300 deaths. To the surprise of many, African governments have taken bold and swift measures in response to the pandemic, despite their resource constraints and weaker economic base. However, the responses have not been uniform, and the outcomes are likely to be uneven.

Ethiopia is one of the countries that put bold measures in place early on, even though its approach has been an unconventional one. Unlike most African countries, Ethiopia did not introduce national lockdown. The country’s ‘sustained moderate to strong measures’ strategy focused on taking bold measures early and scaling them up gradually. Preparations began in January and February, and a national response was declared with Ethiopia’s first reported case on 13 March, with tighter measures including compulsory quarantine and an increased public awareness campaign. A state of emergency was declared on 8 April.

As of 27 May, Ethiopia has reported 731 COVID-19 cases, 80% of which are have occurred in people aged between 15 and 44, and six deaths. The number of cases has increased throughout May, with community spread accounting for 25%. Although the testing program was expanded after mid-March, the pace of testing is a major constraint.

The concerted mobilization of emergency resources included converting public universities into quarantine centers with 50,000 beds, and providing isolation centers and treatment facilities with more than 15,000 beds. Millennium Hall, one of the country’s largest conference centers, was converted into a 1,000-bed hospital. Volunteers and retired health care professionals were called up to staff these facilities and comprehensive insurance cover provided. Addis Abeba city also launched its school feed program with 1200 food banks.

These measures are congruent with Ethiopia’s prevention-based primary-level health care system, under which 17,000 health posts and 3,700 health centers are staffed by 75% of the country’s health care professionals. Coordination among government agencies at all levels has been much more effective than in normal times. Consultations and dialogue with the private sector, development partners and faith leaders, and between political parties, were intensified. The impact of COVID-19 is extending beyond the public health emergency and the economy, leading also to the postponement of national elections.

On the economic front, the country’s major economic constraints and dwindling tax revenues mean that economy-wide stimulus or provision of extensive safety nets are unrealistic. Although resources have been donated and the government has reallocated budget to fight the pandemic, measures to support small and medium enterprises and vulnerable groups are insufficient. Nor is the government in a position to fund a rescue plan for the state-run Ethiopian Airlines and other public enterprises. For its part, Ethiopian Airlines has had to implement new cost-cutting measures to secure its cash flow and has shifted its strategy from growth to survival. To make up the lost passenger revenues, freight capacity has been doubled by improving productivity and converting 25 passenger aircrafts.

However, following extensive dialogue with firms, the government has introduced a support package targeting manufacturing exporters whose orders have plummeted due to cancellations by big buyers. The aim is simple: to halt the closure of firms and lay-offs of workers.  A tripartite protocol between labor confederations, employers, and the government was agreed, and a comprehensive COVID-19 action plan was implemented in industrial parks. Additionally, Ethiopia introduced a measure whereby it forbids companies to lay off workers under the state of emergency.

To support manufacturing exporters, a logistics subsidy was introduced including free rail transport and reduced dry-dock and air freight charges. Additional measures to improve cash flow—such as allowing exporters to sell in local markets—were permitted. In a new initiative, factories and industrial parks have been repurposed to manufacture personal protective equipment (PPE) for the export market.

Multiple insights may be gained from Ethiopia’s early response to the pandemic, although the country will clearly encounter an inevitable surge in the coming months to which stronger responses will be required. First, Ethiopia’s unconventional approach aims to apply cost-effective public health emergency measures that rely on an extension of its present measures. What matters is not to succeed at all costs, but to succeed with an acceptable level of sacrifice. With a comprehensive government response and the full mobilization of society, it is possible to achieve this.

Second, measures to reduce the economic impact must focus on protecting productive activities such as manufacturing and exports. The government has focused on providing targeted support to productive and export firms, guided by their performance, and based on partnership and collaboration.

Third, the government has maximized coordination while also relying not only on strengths such as the primary health care system and public infrastructure, but also on public mobilization. In the absence of a government rescue plan, for example, Ethiopian Airlines’ focus is to survive by building resilience.

Nonetheless, this crisis exposes vulnerabilities in the economic system, including weak exports, low productive capacity, and economic diversification. As the pandemic continues, the economy will be further weakened, undermining the recovery process. The low level of diagnostic testing is a binding constraint; the current social distancing measures are inadequate; and border controls must be strengthened. It is essential to review the evolving nature of the coronavirus, together with current responses, and to learn rapidly from the successes —and failures—of other countries. It is to be hoped that, with improved outcomes resulting from these lessons and learning, the crisis will offer transformational opportunities. AS

The above article was first published here and republished on AS with the author’s consent. 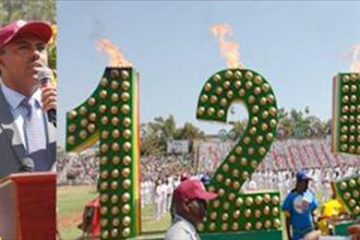