Elham Mohamed, Commissioner for Infrastructure and Energy at the African Union Commission (AUC) said today that in an effort to integrate the continent Africa better the AUC was working on a number of projects in the areas of transport, energy, ICT and Transboundary water throughout Africa.

Briefing the press on Infrastructure Development in Africa (PIDA), the Commissioner said that a number of projects that are said to integrate and transform the continent are under way. The program was set up by the Commission along with its partners, the African Development Bank (AfDB) and the United Nation Economic Commission for Africa (UNECA).

Priority Action Plan (PAP) of the program was announced last year that places three phases for the implementation for the program. The first phase that is expected to come to an end in 2020 contains 51 regional and continental infrastructure projects. According to Mrs. Mohamed of the 51 projects within the PAP 24 projects are in transport, 15 in energy, nine in transboundary water and three in ICT .

Fifteen out of the 51 projects have been set as top priority, of which the Commission, along with the private sector,  is in the process of selecting two projects as a demonstration in July of this year.

PIDA’s first phase implementation costs are expected to be 68 Billion USD while the whole program is estimated to cost over 360 Billion USD, according to Mrs. Elham, who indicated that domestic financing is the major source of funding for the projects. “The private sector and partners have shown interest to be involved in these projects.”

PIDA aims to reduce, among others, transportation costs within the continent, increase access to energy and reduce power generation costs.

Editor’s Note: Please click on the link below to read our exclusive interview on PIDA projects with Donald Kaberuka, President of the AfDB Dr. Ibrahim Mayaki, CEO of the NEPAD Coordinating and Planning Agency, Aboubakari Baba Moussa, AUC Director of Infrastructure & Energy and Jay Ireland, President  & CEO of GE Africa 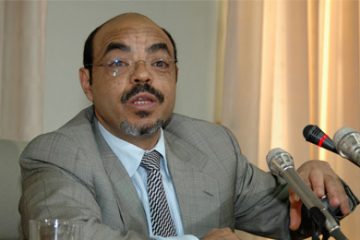