The title story in Hiwot Emishaw’s enjoyable first collection of essays and short stories, Baricho, muses on a subject that is far less common in discussions amongst Ethiopians than it is in actuality: the power of skin color tones over our sociological and psychological makeup.

It tells of atwelve year old girl who was awakened to a sad reality that she couldn’t play the Virgin Mary in a school Christmas Nativity production. Not because she was short of the talent needed or diligence. It was a lighter skin she lacked. Hence, the role was awarded to a less gifted, nonetheless fairly lighter skinned friend. Reacting to the news, her mother responded, quite agonizingly, “So, did you expect the Virgin to be as dark as you are?” She grew up envying her siblings who were all endowed with fairer skins and resenting God for playing a cruel trick on her. Years later, she managed to graduate from Drama School but she couldn’t land a leading part in a movie she auditioned for. The director, who was not ready to let her talent go untapped, proposed a solution; that she plays a role more suiting to her complexion: a maid.

A derivative of barya, the Amharic word for “slave,” baricho is used to refer to people of dark skin to playfully tease them but one that has a sub-textual derogatory and foreboding connotation. Partly autobiographical, Hiwot’s story explores the tricky terrain of what it means to be a baricho in a black society but one that equates beauty with being lightskinned. One aspect in which this discrimination is evidently apparent is during an attempt to land employment opportunities that require visibility. Odds are against a dark skinned person in obtaining a front desk position, for instance.

“It is more difficult for women because men generally are not under pressure to be good looking or charming,” says Hiwot in an interview with this magazine.“Of course it is an incidence so common throughout the continent.The assumption is that the closer one is to whiteness the better it is for her.” She then recollects an episode she encountered in the West African nation of Nigeria. “People I met there look at me [perplexedly]and said ‘you are a bit dark for an Ethiopian.’ Sadly, it is a sentiment shared by many of Ethiopiansas well, I think. We would like to believe we are all lighter and distinguish ourselves from our African sisters and brothers” based on that trait, Hiwot, who created a social media sensation among Ethiopians for her provocative writings, said.

Like Chimamanda Adichie, the Nigerian writer she reveres profoundly, Hiwot’s stories and essays, are have won the hearts and minds of her readers for their perceptivenessand wrestle with the theme of identity.

Unlike a few Ethiopian writers who are recognized for their consciousness on the issues of identity and skin color, Hiwot was born in Mehal Meda, a small neighborhood in the capital Addis Abeba and as a child had moved with her family to the center of the city before she could register the faintest memories of her birthplace. “And I have never returned since. But I intend to do so,” she says. She characterizes her childhood as “fairly common.”

She has always cherished words but it was after she joined the Addis Abeba University, majoring in Political Science, that she found the first great opportunity to test her scribbles against an engaged audience. (In the early 2000s the university’s cultural center was apopular hangout spot for aspiring writers and poets to present their works which she is grateful for.) The advent of social media, particularly Facebook, gave Hiwot yet another means to reach out to a wider audience. She started writing her seemingly trivial observations, reflections, musings and stories on her page and it became a phenomenal success paving the way for her to self-publish her book “obliterating my bank account,” she says laughingly.

“They say the easiest part of publishing a book is writing it. And that is an accurate remark on the situation in our country. It shouldn’t be. But it is,” she maintains. Thanks to a few small, fragmented, immobilized publishers dominating the landscape, Ethiopian writers have to go through a series of traumatizing experiences to strike a deal with a publisher or, as Hiwot prefer it, many like to ride solo.This is a chilling fact standing on the way of numerous young writers wanting to pursue a literary life.

And it appears to be more constraining for women. “When I was organizing the inauguration of the book, it was my desire to have an eminent female writer bless the event and say a word or two that would inspire young females to follow suit,” she says. “Sadly, I couldn’t find anyone. Even the relatively accomplished ones have relegated to obscurity, abandoning the literary life all together.”

Hiwot believes this is a just a manifestation of the reality of the country. “We have few politicians and even fewer female politicians. The same thing here.” It is no wonder then her literary hero is not a woman writer. “I am obsessed with Adam Reta,” a novelist and short story writer known for his inter-textual, magic realist tales. “Hardly a day goes by without reading at least a paragraph from his books.”

She has had careers in communications and marketing working for various non-governmental organizations alongside her writing. Asked how she balances writing with having a consuming work life, she responds, “I don’t balance it. I just live it.”

She admits, unlike social media, evaluating the reception of the book this early would be premature. But in commercial terms the book’s success seems imminent (The first print was sold out in just less than a week) giving her an extra boost for her sophomore which she says she is working on but refuses to unveil any further detail, “It is going to be something different than the one at hand.”

But one thing is clear, the curiosity in Hiwot’s eyes reveal her passion for what she does and became known for – her daring crusade against Ethiopia’s deeply rooted and fervently held nuisance, such as the one about the skin color dark – will have no end until she stirred clear of the many other social prejudices still hanging around Ethiopians, who are seemingly known as the ‘early civilized people’. 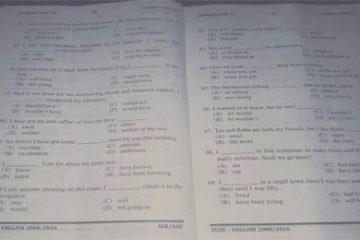