Paris – International negotiations over Iran’s nuclear program have been taking place, in one form or another, for more than a decade. So it is not surprising that the deadline for a final deal has been extended once again. Iran and its interlocutors – the five permanent members of the United Nations Security Council plus Germany (the P5+1) – now have until the end of June to reach an accord.

It is a dispiriting development, and it would be easy to say that the process seems doomed to fail. But there is reason for hope. In the ongoing round of negotiations, the two key players, Iran and the United States, have seemed willing – if not desperate – to bring the talks to a successful conclusion.

Iranian President Hassan Rouhani and US President Barack Obama would both benefit from a deal. The sanctions imposed on Iran are starting to weigh heavily on its economy, and a settlement to the dispute is a prerequisite for any effort by the two countries to cooperate on a peace deal in Syria or to address the threat posed by the Islamic State.

Iran is just emerging from a three-year internal political struggle. The military and hardline mullahs, who believe that Iran should produce a nuclear weapon, faced off against the bulk of the business community and reformist mullahs, led by Rouhani and former President Mohammad Khatami, who believe that it should not. The outcome was uncertain – until Supreme Leader Ayatollah Ali Khamenei reiterated a fatwa banning nuclear weapons.

For as long as the issue remained unsettled, the Iranian delegation to the talks could not agree on the desired outcome. This was evident in cases where the International Atomic Energy Agency was granted access to suspected facilities during the negotiations, only to have local commanders turn away its inspectors when they arrived. (To be sure, the US delegation has also appeared inconsistent at times, often including officials vehemently hostile to Iran, along with disciplined diplomats seeking an agreement at Obama’s request.)

There is also another, more fundamental, reason for hope. The Middle East is undergoing a tectonic shift – the Shia awakening. As with the slow, sure movement of the earth’s plates, this deep, broad, underlying transformation is manifesting itself in local, destructive eruptions.

When America’s misguided war in Iraq deposed Saddam Hussein in 2003, it upset a delicate balance. Saddam was venal and cruel, but his regime was predominantly secular. Far from harboring weapons of mass destruction, he was focused on maintaining his grip on power. Having learned his lesson during Iraq’s brutal and costly war with Iran in the 1980s, Saddam was careful not to disturb the region’s geopolitical equilibrium.

For more than a thousand years, the Islamic world has been riven by the Sunni-Shia conflict. Until the US-led invasion, Iran, alongside Syria’s Alawite regime, was the only country where Shia controlled the state. Some 70% of the Arab world’s population is Sunni, and the Shia are a minority in every Arab country – except Iraq and Bahrain. The fall of Saddam allowed Iraq’s Shia majority to take power through elections. But it also triggered civil war and regional turmoil (including ongoing Shia protests in Bahrain).

In Syria, the situation is almost a mirror image. The country is a mosaic of Druze, Kurds, Christians, a few Jews, many Shia, and a Sunni majority. Like Saddam, President Bashar al-Assad heads a secular regime that rules through brutal repression. The determination in the West to depose him in the name of human rights and democracy was perceived by the Sunni majority as an opportunity to overthrow their oppressor.

Unfortunately, Syria’s moderate Sunnis came under attack from two sides: Assad’s government and extremist adherents of Wahhabism, Islam’s most intolerant school of thought. The result is the emergence of the Islamic State, carrying with it the threat of extermination of the country’s minorities, including Christians and Alawites.

The upheaval in these two neighboring countries has reshaped regional geopolitics. Along with Iran, Russia, which seeks to undermine American and British influence in the Middle East, supports the Shia awakening, whereas Sunni-dominated Turkey, the region’s strongest military power and a NATO member, has done little to hide its sympathy for the Islamic State. Recently, for example, Turkey’s government forbid the country’s Kurds from supporting their ethnic kin in Iraq and Syria, whom the Islamic State has targeted for annihilation.

Assad’s brutal regime and Iran have become key players in the fight against the Islamic State. Unblocking the nuclear talks between the P5+1 and Iran is thus crucial; by unfreezing the regional status quo, a final deal could lead to a change of alliances, with far-reaching consequences. Indeed, perhaps the most compelling reason to hope that the negotiators will move quickly toward an agreement is their governments’ fear of the alternatives.

Michel Rocard is a former French prime minister and a former leader of the French Socialist Party. Addis Standard received this opinion from Project Syndicate 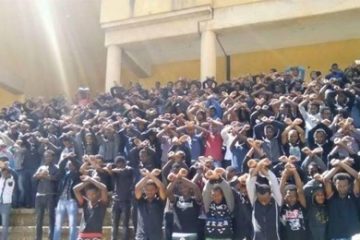