News: Ex-Somali region president pleads not guilty to all charges

Speaking on his own behalf, today he told the judges that during his ten year tenure “other than administering the [Somali] regional state, I did not commit any crime; I am not guilty,” and denied all charges against him. He also said that what happened in Somali region during his presidency was no different than what is happening today in other regions and therefor he should not be held accountable.

Abdi Iley was arrested on August 27/2018 and was subsequently charged with crime including the death of 59 civilians and the burning of multiple churches and property destruction in Somali regional state during a violence in the weekend of August 04/2018. Some 266 civilians were also injured.

In a related development, the judges have said that a subpoena should be issued on newspapers for seven individuals who are facing criminal charges in the same file with Abdi Iley but are still at large. On January 30/2019 Federal prosecutors have charged 47 individuals, including Abdi Iley, with criminal charges related with the August 2018 violence in Somali regional state.

In today’s hearing, the defense team of the remaining suspects have complained to the court that their clients are facing mistreatment related to the delays of the hearing, which is ongoing for the last 15 months, and police’s slow paced procedures of gathering witness testimonials and material evidence. The judges promised to expedite the hearing while upholding the rule of law. AS

News: Ex-Somali region president pleads not guilty to all charges 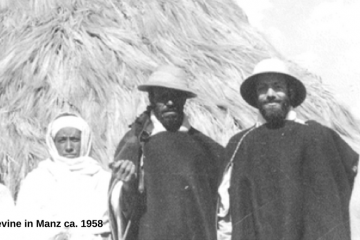