Addis Abeba, September 25/2019 – National Electoral Board of Ethiopia (NEBE) released a statement this morning in which it issued a clarification disputing claims by Prof. Berhanu Nega, leader of the opposition Ethiopian Citizens for Social Justice (EZema) stating his party’s legal experts took active part in the reform processes of the restructuring of the new electoral board and the new electoral and political parties bill.

In interview with ESAT TV aired on September 13, Berhanu Nega discussed about current reforms being undertaken by the administration of Abiy Ahmed in various areas including the restructuring of the electoral board which will enable Ethiopia to hold a free and fair elections, as encouraging. “We know these reforms are taking place,” Berhanu said, “Electoral Board is one of them. Ever since the Board was established, we follow them very closely; do they face pressure? Are they working freely? Do they have the capacity? We follow these things; to a certain extent we have seen those things are going correct,” Berhanu said.

What promoted NENB’s reaction came in the follow up assertion Berhanu made during the interview. He stated that there were about eight different working groups of legal experts who were working in the judiciary reform process including the revision of the Ant-Terrorist Proclamation, Electoral and Civil Society laws. “What we did was we assembled our own legal experts who support our outlooks on these matters and tasked them to get into each of these working groups [of legal experts], which included university lecturers [among others], and follow up the process to see if the reforms were being undertaken as were envisioned,” he said, adding that EZema’s own experts have taken active part in the reform, having contributed to change course when needed during the process. “We have seen where these institutions were going and we believe overall they are on good track,” he said.

In its statement today, NEBE disputed the claim and said that the new electoral and political parties law was one of the major undertakings so far and, as an institution tasked to oversee the reform, the Board has conducted several activities including organizing discussions among various stakeholders, and members of the Legal Affairs Standing Committee of the national parliament . “In the process the Board has invited all political parties which are actively working in the country to forward their ideas and inputs and organized inclusive consultation forums. A few parties have submitted their written comments.”

However, according to NEBE, the reform process involving the revision of the new electoral bill, which was done based on inputs from consultations and with stakeholders, members of parliament and political parties, was conducted exclusively by the democratic institutions reform task force, a task force within the Legal Reform Council under the auspices of the Federal Attorney General’s office.

NEBE said it found the explanation by Berhanu Nega [the leader of EZema] that legal professionals assigned by [his] party have actively participated in this process to be a “misrepresentation of the facts.” The statement added that such assertion would indicate that the Board has provided an opportunity to “a single party” to participate in the process, which is incorrect and outside of the Board’s principles of impartiality. NEBE requested EZema to correct such “substantive misrepresentations” in the future.

Asked to comment on the matter Ezema’s Public Relations Head, Natnael Feleke, told Addis Standard that EZema would directly address the issue to the Electoral Board first before making a comment. “NEBE addressed us in an official letter. We won’t be able to make a comment on the matter before we address our response to NEBE directly,” Natnael said. AS 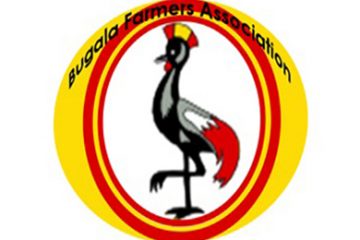