Many of those hurt were treated for injuries including “nasal bone fracture,” the intern who wanted to remain anonymous, said.

The medical interns and last year medical students were demonstrating starting from 8:30 AM local time today when security forces arrived and began to disperse them forcibly. “I saw six policemen beating one female student,” the intern said.

The students were taking part of a protest which started by medical interns in Jimma University on April 11 after a medical intern was physically assaulted by a visiting relative of a patient she was attending to. But their demands were not limited to safety and security of interns in work places but against extended hours of work, most of the time up to 36 hours straight. “Medical Interns are no machines,” reads one of the banners they carried.

The medical interns and last year students in Arsi University have published a list of other demands ranging from protection at work place to improvement in infrastructure such as library and class room spaces and teaching, exams and grading system.

Similar demands were echoed by Jimma University medical interns who have been protesting since Monday April 08/2019 including demands to know the clear terms of their job descriptions during their internship, material distribution and clarity in future job prospects.

This comes in the backdrop of increasing joblessness among graduates of medical students. This morning dozens of graduate medical students have demonstrated in front of Fana Radio and Television station in Addis Abeba asking for internship and job opportunities.

With one doctor per 15, 000 patients, and despite a steady improvements in the past 12 years, according to a 2016 research, Ethiopia remains one of the ten sub-Saharan African countries with low doctor to patient ratio. However, “currently more than 500 medical students with various skills in medical field are looking for job opportunities, one of the demonstrators told Addis Standard. “We are asking the government to assign us so we can serve our country,” the demonstrator who only wanted to tell her first name as “Alemtsehay” said.

Addis Standard’s attempts to contact the public relations office of the ministry of health were to no avail as yet. AS

In-depth analysis: Past agreements on the Nile in view of the Law of Treaty and the CFA 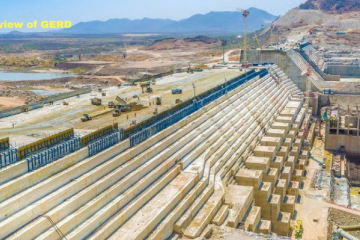