Dr. Fikru Maru was jailed for corruption and is serving four years and eight months term. However, he is also charged with terrorism along with 37 others accused of orchestrating the fire at the Qilinto prison in Sep. 2016.

According to further report by SVT, the Swedish national public TV broadcaster, the foreign ministry has once again expressed its criticism against the trial. “Criticism was brought against the trial once again,” the SVT quoted Linn Duvhammar, the ministry’s press communication officer as saying. Linn Duvhammar is also quoted as saying the Ethiopian ambassador was met by the Sweden’s Foreign Council Ulrika Modéer. “It was the Foreign Council Ulrika Modéer who met the ambassador,” Linn Duvhammar, said but declined to give further explanations on the details of the talk.


Dr Fikru Maru, a 66-year-old cardiologist, was behind the 2006 establishment of the Addis Cardiac Hospital, a hospital specializing in heart diseases treatment in Ethiopia. He was also the CEO of the hospital before he landed in Ethiopian jail charged with corruption.

Video: An emotional reunion between Dr. Fikru Maru and his daughter Emy Fikru during one of the trials inside the federal court premises. Video Credit: FreeFikru

“Sometimes it feels like the nightmare has been going on for so long that I have gotten used to it. Forgotten the unjust, cruel and lawless acts that are committed against my dad and others in Ethiopia,” his daughter Emy Maru said.

Seven months after Emy’s plea, Dr. Fikru remained in jail and on March 07. the federal Cassation bench overruled the federal Supreme Court’s decision to dismiss the corruption charges against Dr Fikru and upheld the federal High Court’s sentencing and a fine of 60, 000 ETB. AS 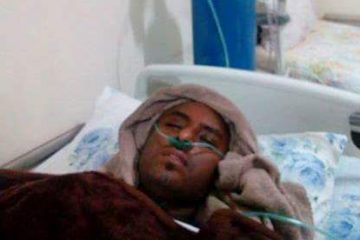