Addis Abeba, July 24/2018 – In a stunning announcement, Prime Minister Abiy Ahmed disclosed on June 5 that the Executive of the EPRDF has decided to privatize some of the largest state-owned enterprises (SOE) in Ethiopia. The SOEs targeted for partial privatization include the Ethiopian Electric Power Corporation (EEPC), the Railway Corporation, the Ethiopian Shipping & Logistics Service Enterprise, Ethio Telecom, and the Ethiopian Airlines (EAL). Domestic and foreign investors can become minority share holders in these firms, although how much they will own has not yet been determined. In the past, foreigners were prohibited from investing in the transportation, aviation, telecommunication, and electricity sectors. The decision is a dramatic reversal of that policy.

The decision is wrong on two levels: in form and in substance. Procedurally, a major decision such as this should be made after consulting the public. The Executive of the EPRDF should not decide crucial issues on behalf of Ethiopians without public consultation. The Prime Minister has stated on many occasions that he is committed to democracy, and I have no reason to doubt his sincerity. The hallmark of democracy, however, is public consultation on important issues. A handful of individuals making critical decisions affecting Ethiopia’s economy for years to come is certainly undemocratic. At least the issue should have been debated in parliament. The decision is autocratic.

PM Abiy says that the decision was made on the basis of a study that recommended privatization, but since the study has not been released to the public, the public is unaware of its findings. Who conducted the study?  Researchers recommending policy changes are not always disinterested analysts. They usually have an axe to grind.

What assumptions did the study make? Which data were used in the study? Any economic research worthy of its name, always assesses the costs and benefits of an issue before recommending major changes in policy. What are the economic, social, and political costs and benefits of privatization that the study has identified? We don’t know. The Prime Minister is asking Ethiopians to accept the EPRDF’s change of policy at face value. Given the EPRDF’s past transgressions, wrongdoings, blunders (signing the Algiers Agreement), Ethiopians have every reason to be skeptical of this decision.

The economic arguments for privatizing these firms are either weak or non-existent. Part of the problem with the arguments supporting privatization is that they lump all of the SOEs together, without distinction; for example, the big, efficient, and profitable EAL is up for sale along with the small, inefficient, money-losing sugar plants. Not all SOEs have identical characteristics. There are significant differences in the efficiency, profitability, international status, contribution to economic growth, and provision of social services among the SOEs slated for privatization. The EPRDF’s decision is a blanket decision, most probably in response to pressure from domestic and Western interests.

The IMF, the World Bank, and some Western governments have been pressuring the Ethiopian government for many years to introduce market-friendly policies, known as structural adjustment policies (SAP) that have been prescribed to all developing countries. The one-size-fits-all SAP includes trade liberalization, devaluation of currencies, removal of subsidies, privatization of SOEs, and tight macroeconomic policies. Critics point out that countries which have faithfully implemented SAP have not enjoyed the benefits that SAP were supposed to deliver. In fact, in some cases, SAP have had disastrous consequences, for example, the privatization of water in Bolivia in the late 1990s.

In his announcement, the Prime Minister outlined the following broad economic reasons in support of privatization: reducing foreign currency shortages, promoting economic efficiency, decreasing the drag on economic growth, and signalling Ethiopia’s openness to a free market.   None of these arguments, when examined closely, are convincing.

Privatization may initially attract foreign capital and ease the country’s severe shortage of foreign currency in the short term, but in the long run, as foreign investors repatriate their dividends, the outflow will negatively affect the country’s foreign exchange reserves.

Further, privatization may engender financial crises. If Ethiopia wishes to attract a substantial amount of foreign capital in equity ownership, it will have to ease its controls on capital outflows. Sometimes, foreign investors would like to sell the stocks of the privatized SOEs and send their capital back home.  The same rule regarding capital outflow could apply to domestic investors as well. If foreigners can take their capital out of Ethiopia, why shouldn’t Ethiopians do the same?

Private capital is highly susceptible to speculative jitters, often for no apparent reason. In low-income developing countries like Ethiopia, there are ample economic and political reasons to make investors jittery and the jitteriness can trigger a financial crisis.  The financial crises, sparked by speculation in Malaysia, Indonesia, Thailand, and other countries in the 1990s should be a warning for Ethiopia against privatization of the large SOEs.

If the government wishes to increase Ethiopia’s foreign exchange reserves, it should explore other options. In the short run, the government can clamp down on illegal exports, unreported exports (gold), and the misallocation of foreign currency. In the long run, it should promote the export of manufactured goods.

Second, the EPRDF justifies its privatization decision on efficiency grounds, but in order to eliminate inefficiency, the types and causes of the inefficiency must be understood first. Economists distinguish between three types of inefficiencies: allocative, technical, and economic.

It is possible that some of the smaller SOEs may be economically inefficient, a drain on the treasury, and should be privatized. I have no problem with the sugar plants being privatized 100%, but the solution to the inefficiencies of the large SOEs include reorganization, monitoring, and supervision.

Media reports suggest that Ethio Telecom exhibits allocative inefficiency, which results in consumers buying low levels of services at high prices. The source of such inefficiency is the market structure. All of the large firms slated for privatization are monopolies. Privatizing these firms will not change the market. They will remain monopolies. Instead of a publicly owned monopoly, privatization will create a semi-private entity.  The inherent inefficiency in a monopoly remains. The solution to allocative inefficiency of a monopoly is regulation. An unregulated semi-private monopoly will always be inefficient.

More importantly, the source of the inefficiency may be political. The reason for the limited internet services provided by Ethio Telecom is not technical; it is political. Much smaller telephone companies in other African countries serve more internet users than Ethio Telecom.

An SOE may be inefficient because of bloated bureaucracy. If that is the case, the solution is trimming the bureaucracy. An SOE may be managed by an incompetent corrupt political appointee or staffed by unskilled political cadres.  In that case, the solution is appointing a dedicated, competent, and professional management; and employing trained, skilled, and educated employees.

Economically, it does not make sense to have many companies build dams and install power lines to produce and distribute electricity. One firm is more efficient. After spending billions of dollars building the dams and installing the power lines, it makes no economic sense for the government to privatize EEPC. Socially too, different tariff rates can be applied to different socio-economic groups so as to benefit low-income households and to promote industrialization. SOEs often have more than one objective.

Granted, Ethiopians most probably pay one of the lowest prices in the world for their use of electricity. The price, reported to be below the cost of production, may have to increase and the government should pay whatever the political price maybe for the hike. The frequent power outages that consumers experience can be resolved technically. It does not require privatization. Another natural monopoly is the Railway Company, which is serving less than the projected number of riders. Here again, the solution to increasing ridership is not privatization: it is marketing.

Not all of the SOEs scheduled for partial privatization operate at a loss. The EAL has been a profitable, efficient, internationally reputable airlines, generating hundreds of millions of dollars each year for the government. As the most profitable firm among the SOEs for sale, no doubt the EAL will attract more investors, domestic and foreigners alike.

In the airlines industry, where many privately owned firms are losing money, the publicly owned EAL stands out as one of the most profitable airlines. It is an important source foreign exchange earnings for the government. It is a world-class airlines. It is the pride of all Ethiopians. It symbolizes what Ethiopians can achieve and how Ethiopians can excel on a world stage. It is the jewel in the crown of all SOEs in Ethiopia.

The decision to privatize the EAL is baffling. There are no economic reasons that justify the decision. Privatizing the EAL is engaging in an economic malpractice. Are there any problems with the EAL? I am sure there are some. For example, it has been reported that nepotist employment practices are widespread, but that requires a different solution from privatization.

Third, the Prime Minister says that privatization will encourage economic growth. His assertion presumes that the SOEs are a drag on economic growth, but we haven’t seen the evidence from Ethiopia to support the claim. And studies conducted elsewhere on the relationship between SOEs and economic growth show no conclusive results to buttress the assertion that SOEs harm economic growth.

In fact, some of the fastest growing economies that Ethiopia wants to emulate, Korea, Singapore, Taiwan, and China, have had high shares of SOEs in their economies. As the economies of these countries demonstrate, SOEs are also compatible with a free market economy. Fourth, the best signal to attract foreign capital is all inclusive economic policies and political reform that ensure peace, security, and stability.

The high level of corruption that the Prime Minister has been discussing ever since he came to power and the absence of a stock market in Ethiopia raise further questions. What will be the market value of these firms? What will be their share prices? Will the shares be undervalued? Who are the domestic and foreign investors? This is all unknown.

The suggestion that the media will act as a watch dog to ensure that the sale of the shares are free from corruption, that the shares will be sold at fair market value, that the investment is legitimate cannot be taken seriously.  The media is neither willing nor capable of such an undertaking.  This is the role reserved for a securities and exchange commission, as in the US. Ethiopia lacks such a commission.

No doubt, the privatization of the major SOEs will provide a golden opportunity for foreign investors and the EPRDF-minted barons to buy shares at bargain-basement prices. As the Wall Street Journal reported on June 6, the decision “…will present one of the biggest business opportunities in Africa to foreign and domestic private investors…” (Emphasis, mine).  But for the Ethiopian tax payers, the decision lacks economic merit. The decision, more Thatcherite than developmentalist, must be reversed. AS

ED’s Note: Worku Aberra (PhD) is a professor of economics, in Montreal, Canada. He can be reached at  waberra@dawsoncollege.qc.ca 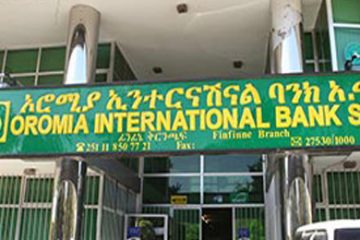