Four federal and two local police among the dead

What started as a “minor confrontation” between groups of civilians and federal security forces in West Arsi zone of the Oromiya regional state on Friday Feb. 12th has degenerated into an “extremely volatile situation”, a police officer from Shashemene town told Addis Standard by phone.

The incident happened as part of a continued (albeit to a lesser extent) protest that shook the Oromiya regional state, the largest of the nine regions in Ethiopia, since it first started on Nov. 12th in Ginchi town, 80km west of Addis Abeba.

Campaigners claim that the weekend protest in West Arsi started when a bus in which a group of wedding goers were riding was stopped by security forces who told the group to stop singing Oromo nationalist songs. The incident ended with a police shooting at the wedding goers and wounding at least four, according to campaigners.

However, the police officer denies the claim and said protesters in Aje town gathered together on Friday in the name of a wedding and “started attacking civilians, including burning of houses and a small Church belonging to Protestant church believers in the area.” The police officer admitted security forces have fired live bullets at protesters but declined to confirm if there were any causalities. But Jawar Mohammed, executive director at OMN (a TV station) and a campaigner, wrote on his Facebook that “soldiers responded by opening fire on the bus hitting four people identified as Jannu Tashitaa, Shumi Nagesso,Roobaa Jiloo & Habtamu Fayyissa.” Addis Standard could not independently verify the claims from both sides.

The police officer added that over the weekend the situation further degenerated into a “direct shot out between the people of the area, especially in Aje, and the federal and local police.” “We believe four of the six security forces killed have sustained gunshots,” he said “It is extremely volatile”. Protests have also spread to three more towns: Shalla and Siraro along the same area as Aje, and the city of Shashemene.

A resident in Shashemene told Addis Standard by a phone that so far at least five civilians were killed (two in Shashemene and three outside Shashemene) by both security forces and a mob attack by protesters themselves. One of the two killed in Shashemene town in an area called Arada is said to be a pregnant woman in her mid twenties. However, how she died is not clear.

This morning additional federal police reinforcement has been deployed both in Shalla, Siraro and Aje as well as Shashemene. Schools and several businesses and some civil service offices in Shashemene are closed as of yesterday while the exit road leading to Shalla, Siraro and Aje was first blocked by protesters and now by the local police who took control of it yesterday. “With the federal police reinforcement we expect the situation to calm down,” the police officer said.

But protesters throughout the region deeply detest the deployment of the federal police forces in a region administered by the Oromiya regional government that has its own regional police force.

According to campaigners, since the start of what is now popularly known as the “Oromo Protest” in November last year more than 200 protesters were killed in the hands of security forces.
The Oromo Protests began as a protest by local people to stop attempts by authorities in Ginchi town from taking a Sunday football pitch and give it to a private developer. Protests soon spread like a bush fire as protesters picked up on a much more burning issue of the Addis Abeba Master Plan, a recent plan by the Addis Abeba city Administration to expand the city by 20 times into the neighboring eight localities known as the Oromiya Regional State Finfinne Surrounding Special Zone, an administrative turf of the Oromiya regional state and a land home to thousands of Oromo farmers. Protesters have also been calling an end to they believe is pervasive economic and political marginalization of the Oromo in Ethiopia.

In a rare sign of submitting to protesters’ demand, the Oromiya regional government announced the complete halt of the Addis Abeba Master Plan in January, but protests have continued in several places, albeit to a lesser extent. 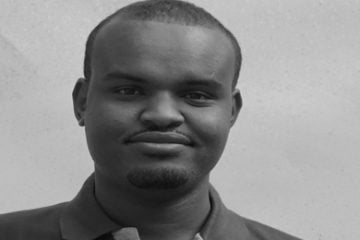