I visited Berlin March 10-14, 2015 to talk with people there about Russian policy toward Ukraine and related issues. I was able to speak with several highly knowledgeable German government officials and scholars about this subject. I will not cite the views of specific individuals here, but will give a general sense of the views I heard in Berlin.

Nobody I spoke with was happy about Russian foreign policy toward Ukraine or optimistic that the situation there would be resolved satisfactorily any time soon. Nor is anybody certain what Putin’s goals are or how far he will go. There is hope that the augmented version of the Minsk Accords that have led to a tentative ceasefire will hold, but there are widespread doubts about whether they will.

If not, the West may have to do something more than it is now doing. But none of my German interlocutors saw the proposals by some in Washington to send American arms to Ukraine as being a good idea. Indeed, there is fear that this is not something that just some Republicans in Congress want, but that influential figures in the Obama Administration are also enthusiasts for this approach. My German interlocutors are hopeful, though, that President Obama will not allow U.S. arms to go to Ukraine and so risk a bigger conflict which could have serious consequences for all of Europe.

On the whole, however, the people I spoke to in Berlin regard German-American cooperation as strong. The German government, though, is limited by two important factors. One is German public opinion, which has a large anti-American element. The U.S. is widely seen here as being too willing to use force without thinking about the long-term consequences of doing so. The German public, some noted, is not actually pro-Putin, but is desirous of understanding Russian concerns and accommodating them in order to resolve the crisis.

And this desire stems from the second factor limiting the German response to Russian policy in Ukraine: the legacy of the Nazi past. People I spoke with emphasized that this factor, and German angst over it, plays a huge role in determining—and limiting—Berlin’s response to what Russia is doing in Ukraine now. As is well known, Germans have gone to great lengths to acknowledge and atone for Nazi treatment of the Jews. One senior scholar told me that Germans have similar feelings about Hitler’s invasion of the Soviet Union. (The German-Soviet war in the East, several emphasized, was far more vicious than the war in the West.)

But while this factor contributes to a greater German willingness to accommodate Russian concerns, it does not mean that Germans approve of what Russia is doing. Indeed, there is great disappointment that Putin has not respected the friendship and cooperation with Moscow that Germany has taken pains to build up over the course of several decades now. Putin’s sending Russian military aircraft to violate the airspace of several European countries—especially that of Sweden and Ireland, which are not NATO members—is seen in Berlin as inexcusable.

There is hope that Chancellor Angela Merkel’s approach of continuing to talk with Putin as well as continuing negotiations through the “Normandy Format” (Germany, France, Russia, and Ukraine) will succeed in calming the situation and preventing further Russian incursions. People I spoke with, though, recognize that there is a possibility that this will not succeed (Russian action against the Baltic states is seen as possible, but less likely than further incursions into Ukraine as well as efforts to prevent Kiev from cooperating with the West). If so, then Chancellor Merkel can at least show the German public that Berlin tried hard to accommodate Moscow, but that Putin refused to cooperate. And this will justify Germany working more closely with America (as well as, of course, with NATO and the EU) on a tougher approach toward Russia. Nobody I met would specify, though, what a tougher approach would entail.

Germans I spoke with did not seem to be at all in awe of Putin. Having experienced a demagogic leader of their own, they have little doubt that the current one in Moscow will not serve to benefit Russia. While Putin is seen as having many advantages in the short-run regarding the crisis in Ukraine, Russia suffers from many structural disadvantages (population decline, economic stagnation, ethnic unrest, and suboptimal leadership, among others) that will weaken it in the long-run. Further, Putin’s policy toward Ukraine does nothing to ameliorate any of these problems. Eventually, then, Russia’s long-term disadvantages will ripen to the point that they undercut Putin’s current short-term advantages in Ukraine.

How long this process will take is unclear. But many whom I spoke to in Berlin see Putin’s continued efforts to strengthen Moscow through reckless means as only making Russia’s further decline as more likely instead. 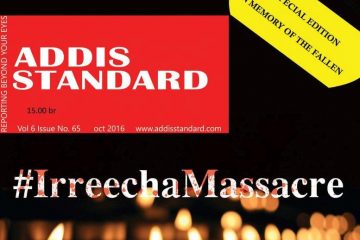