After there presidential debates, the election of 2012 is closer than over. Various polls show Romney with a slim lead, Obama with a slim lead, and both in a virtual tie. Unexpectedly, some polls indicate that Obama has lost his once double digit lead among women, but improving among men.

Surprised?  We shouldn’t be. First impressions are often lasting impressions, and the first debate was Romney’s moment to connect with voters. He succeeded. The debate topics were the economy and health care.  Romney completely thrashed Obama.   Even the President took to joking about his no-show performance, declaring he ‘goofed up.’

Not only did Obama goof, he gave Romney the stage for ninety minutes.  In that time, Romney displaced the notion that he is a right-wing villain.  He was articulate, prepared, confident, business like, yet smiling generously and making eye contact with Obama and the audience.  And, in a theme that carried through the next two debates, he showed himself to be very Presidential.  Romney also appeared moderate.  So much so that after the second debate, Bill Clinton sarcastically called Romney ‘moderate Mitt.’

It was critical for Romney to connect with voters during these debates.  If the polls are to be believed, he clearly connected with women voters, many of whom have been dubious of his positions on issues of theoretical importance to women: contraception, abortion, healthcare and equal pay.  Women seem to be more comfortable with him.  Why? Romney executed his strategy with precision, as he did in all the debates.  ‘Do no harm’ was his theme.  Despite the conservative rhetoric of the Republican primaries, the debate message was moderation, gentleness, and connecting with voters.  Apparently women are listening.  Many are disappointed in Obama, and now see Romney as a viable alternative.  Divisive social issues such as abortion and contraception may be taking a back seat to economic matters.

Democrats could only be embarrassed by Obama’s performance in the first debate.  With expectations high for a strong Obama performance, the hopes of Democrats sank as Obama relinquished the stage to Romney, and allowed him to score unchecked.

The second debate was a ‘town hall’ format, where questions were put to the candidates by selected members of the public, who were in attendance.  The issues were wide ranging, from domestic and economic, to Libya.  Obama had to perform well, and he did.  This was vintage Obama, aggressive, Presidential, confident and on the offensive.  Most agreed he was the clear winner.  But there was not much of an Obama bounce in the polls, as Romney continued to close the gap, largely based on his performance in the first debate.

Romney probably knew he would lose the third debate on foreign policy.  With Americans focused primarily on economic and jobs issues, this debate was, perhaps, less consequential to voters.  Romney just had to keep himself out of trouble and not commit any gaffes.  An incumbent President has an advantage on matters of foreign policy and nobody expected Romney to win this debate.

Obama started aggressively.  He came to attack.  Romney came to agree.  Again, Romney did himself no harm.  He showed he wasn’t a ‘warmonger,’ and left the impression he would do little different than Obama when it came to military intervention around the world.  Obama attacked Romney, and Romney deftly countered the attacks by stating “attacking me doesn’t help.’”  And when Obama talked about the war on terror, Romney scored points by stating that it was going to take more than assassinations and drone attacks: “we can’t kill our way out of this mess.”

While Obama clearly won the debate, Romney passed the test:  few could say he didn’t appear ready for the role of ‘commander-in-chief.’

Debates are supposed to help voters make up their minds, gain clarity from the candidates on issues of importance, and propel one candidate to a lead.  Some questions were answered.  Many were not.  After the debates, Americans are more removed from a clear frontrunner than at any other time in this campaign.  But if Romney does win this election, many will look to the impressions left by both candidates in the first debate, where Obama handed the game to Romney, and Romney showed Americans he just might have the right stuff. 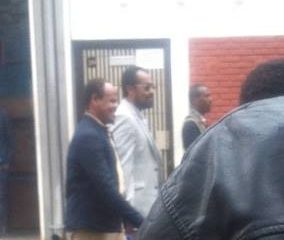