From wasted economy to wasted planet: Why changing our consumption patterns is a choice we must make

Achim Steiner
As we sit down to lunch or dinner on this World Environment Day, it is important to consider this: one-third of all food produced globally each year – 300 million tones – is wasted. This waste costs the global economy a staggering one trillion dollars a year.

Industrialized regions account for almost half of the total. The food we discard is still fit for human consumption and could feed more than 800 million people in the world today.

This is just the tip of the waste iceberg, and serves as a proxy for the ‘ecological footprint’ of our entire global economy. Our global food system is responsible for 80 per cent of deforestation and is the largest single cause of species and biodiversity loss.

It is also responsible for more than 70 per cent of freshwater consumption. A beef burger on your lunch plate could require an incredible 2400 liters of water to produce. Would you like fries with that? Add a another 100 liters, not to mention the impact of pesticides and non-degradable packaging.

Bon appetite
Here is the startling truth: Our global consumption is already one-and-a-half times the Earth’s carrying capacity. If current population and consumption trends continue, humanity will need the equivalent of two Earths to support itself by 2030.

With the global population forecast to reach 9 billion by mid-century, demands on these depleting resources will only compound, exacerbated by increasing pollution, conflicts over resources, and the effects of an atmosphere being rapidly heated by human greenhouse gas emissions, all of which could substantially lower global GDP. Record droughts, floods, choking air pollution and species threatened with extinction have become a regular feature in our daily news.

While some may dream of colonizing other planets, we cannot escape the conclusion that on this Earth, ‘business-as-usual’ cannot maintain our 21st century lifestyles, let alone trying to lift a billion people out of absolute poverty and accommodate an additional 1 to 3 billion middle class consumers.

Our only choice to grow our economies is to radically increase what economists call ‘productivity’ – doing more with less. We must shift patterns of both our production and consumption from our current linear economic system of extraction, production, consumption and waste, to a inclusive green economy that mimics natural processes where is there is no concept of ‘waste’ – just food for another organism or process.

The good news is that this is already happening in parts of the global economy, although not nearly fast enough. Today, 65 countries have embarked on green economy and related strategies. This includes many countries engaged with the Partnership for Action on Green Economy (PAGE) to shift investment and policies towards clean technologies, resource-efficient infrastructure, well-functioning ecosystems, green skilled labor and good governance.

As an input to virtually every human product or process, energy is a proxy for impacts and progress. In just a few decades, the renewable energy sector has grown almost exponentially and accounted for nearly half of all installed electrical generating capacity in 2014, excluding large hydro. The International Energy Agency (IEA) estimates that boosting energy efficiency alone could not only provide a 10 per cent reduction in global energy demand by 2030, but also save $560 billion.

In all, harnessing existing technologies and appropriate policies to increase resource productivity would liberate $3.7 trillion globally each year that is otherwise wasted. These currently wasted funds could be invested in substantial health, education and development objectives.

One of the keys to productivity and decoupling environmental damage from GDP is to make prices tell the environmental truth. Again, the energy sector shows how important this can be. The International Monetary Fund estimates that the total cost of public subsidy to fossil fuels amounts to more than 5 trillion dollars a year when direct and indirect subsidies are counted.

Getting price signals right, educating consumers and making policies that foster a green economy are not only desirable, they are essential. How well we succeed will determine whether the ‘Anthropocene’ is an age when more than 9 billion people have access to food, energy and security without compromising the vital life support systems of our planet. 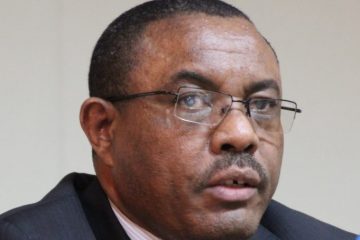