The battle for the vote of American women is taking shape, and with it the influence that Michelle Obama and Ann Romney have on the electorate.

Democrats were mortified.   Being critical of mothers is not good politics.  Staying home and raising children is not easy work.  Raising five, as Mrs. Romney has, is definitely not easy work.

During the Republican primaries, Democrats were keen to say that Republicans are ‘waging a war’ on women.  Whether the topic was contraception, health insurance coverage for contraception, working women or a women’s right to choose, Democrats appeared to have the high ground on what concerned women.

Mr. Romney countered by saying that the Obama administration has been bad for women due to its economic policies.

But what is ‘the women’s vote?’   Is it true that women care more about stereotypical ‘women’s issues?’  Do the millions of women who own businesses  care more about ‘women’s issues’ like the millions of men who own businesses care about  taxes,  income,  job creation, customer service, health insurance and the availability of financing?  Conceivably not, yet both parties seem to be focused on a ‘gender gap.’

Enter Mrs. Romney:  Is she privileged to be married for 43 years to a man who’s net worth is estimated at $250 million? Perhaps. But her aides say she has never used a paid nanny or cleaning women to help raise her boys, or manage multiple houses.  In public, she is fond of joking about cleaning dirty bathrooms and cooking for what is, by American standards, a very large family.  She has done this despite her own health concerns; she was diagnosed with multiple sclerosis in 1998.  In 2008 she was diagnosed with a form of non-invasive breast cancer and underwent a lumpectomy.  She seems easily likeable to both women and men.

Enter Mrs. Obama:  Obama’s team says that she will play a significant role in the campaign, paying special attention to minority and female voters.  This is a departure from 2008, when she was visibly reluctant to engage in the tough world of Presidential politics, and the scrutiny that follows.  And while more popular than her husband, she will not have an easy time being as ‘likeable’ as Republicans believe Mrs. Romney is.

Surely, Romney will do well amongst some women; white, affluent, church going, suburban, older.  Obama is likely to do well with minorities, middle class and the young.  Romney could win the election without the majority of women voting for him.  George W. Bush did it in 2000 and 2004.  But it is inconceivable to think Obama could win without the support of American women, and the Romney campaign knows it.

Perhaps both parties need to take more notice that women shouldn’t necessarily be courted on the basis of sex.  It would appear contrary to the equality that American women have tirelessly advocated. But for now, both parties seem to be playing the stereotype of ‘women issues.’

As the campaign begins and progresses in earnest, we will learn more as to what really matters to women and what women will remember in November.

Japan out of ruin - a lesson to the world

Commentary: ANDM turns 37. A look at its achievements, challenges and future prospects 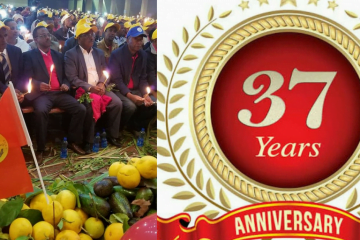