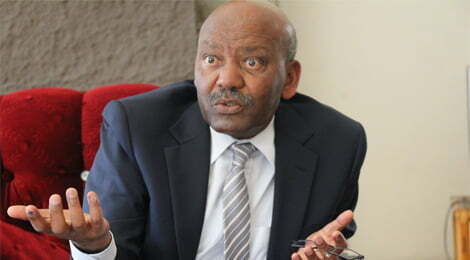 Ethiopia’s Constitution: Can it stand the test of time?

Dr. Negaso Gidada studied History at the Haile Sellasie 1st University (now the Addis Abeba University) from 1966 to 1971. From ‘71 to ‘74 he served as school director and history teacher in Aira, in Western Wallaga. He left for Germany in October 1974 and lived there until July 1991. During this time he studied History in the department of Ethnology at the J.W.Goethe University in Frankfurt am Main. During the 1991 regime change in Ethiopia Dr. Negaso left Germany for Ethiopia and joined the Oromo People’s Democratic Organization (OPDO), which makes up one of the four coalitions of the ruling party, the Ethiopian People’s Revolutionary Front (EPRDF). In Ethiopia one of the milestones of Dr. Negaso’s political activities in early ‘90s was to become a member of the Constitutional Drafting Committee, which was tasked to draft the present Constitution of the Federal Democratic Republic of Ethiopia (FDRE). Dr. Negaso also served as Chairman of the Constitutional Assembly, which adopted the current constitution. In 1995 he became the first Head of State of the FDRE and had signed on the proclamation that adopted the final copy of the constitution, which remained intact, but controversial, as of yet.

(Revised)
Save for yesterday’s vague ‘apology’ from Ethiopia’s Prime Minister Hailemariam Desalegn, the ruling party in Ethiopia is dead silent on the scale of the tragedy that gripped Ethiopia recently. But it only takes a simple drive through villages within 100 -300km radius and a sit-and-talk session with villagers to understand that what happened in the last four months (and is happening to a lesser extent) has, by and large, left an ugly rupture in Ethiopia’s already wobbly state-citizen relationship.

After four months and an endless public protest across the Oromiya regional State, the situation remains bleak. Protesters are being killed (albeit sporadically and often in mysterious circumstances) and are being arbitrarily arrested. EPRDF, the ruling party, continued hiding its head in the sand, avoiding and covering up any discussion on the root cause of the problem. In the mean time, a constitutional squabble mainly related to the constitutionally guaranteed ‘Special Interest’ of the Oromiya Regional State on the city of Addis Abeba has dominated the headlines over the last few weeks.