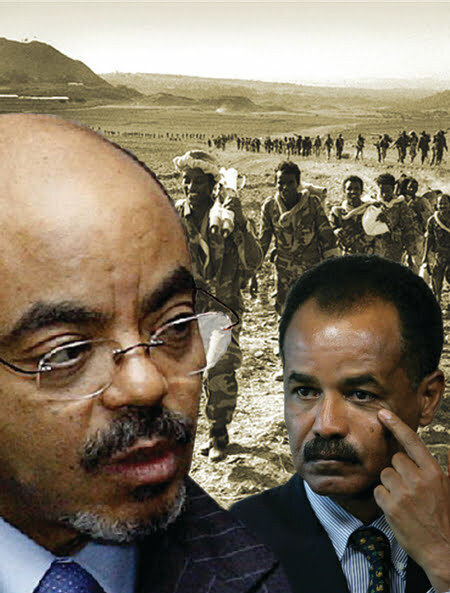 Ethiopia’s recent military strike against rebel-controlled outposts inside Eritrea sent a signal of yet another full-blown war in the making. All things can happen but that, says Tsedale Lemma

For the leaders of two countries who embraced war as their best resort to get desperately needed power there is nothing as tickly as dragging on indefinitely in a state of no peace-no war for more than a decade. And when each leader accuses the other of cunning political games to destabilize his country, slowly but surely things tend to get tough.

Prime Minister Meles Zenawi of Ethiopia and his former brother-in-arms President Isaias Afeworki of Eritrea know this all too well. After they have successfully battled a common enemy, the two countries fell out half a dozen years later over the border town of Badme, and fought a costly war between 1998 and 2000.

How an interim report about poverty alarmingly omits the poor from its index and declares a decline in poverty.

With the start of the new millennium in the year 2000, the World Bank and IMF replaced the decades-old Structural Adjustment Programs with Poverty Reduction Strategy Papers (PRSP) as the basis for their lending. It was part of the effort to mitigate the negative consequences of poverty reduction policies in countries struggling to sustain a sound economic development.

Since then more than a dozen developing countries have written different rounds of poverty reduction strategy papers followed by monitoring and evaluation system of their implementations.