"Tears of elections, of revolutions and of the Golden Lady" 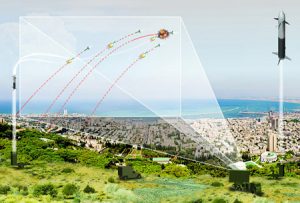 Israel’s Iron Dome rocket interception system underwent its first operational test and achieved some notable successes. It was able to discriminate between rockets likely to land in open areas and those headed for population centers, and to refrain from wasting itself on the former while intercepting about 80 percent of the latter. As a result, many Israeli fatalities and injuries were undoubtedly prevented and extensive property damage was avoided. That result validates the economic rationale of the project, despite the huge cost imbalance between cheap rockets and missiles coming out of Gaza and expensive interceptors sent up to destroy them.

Horn of Africa has a remarkable potential in agriculture that will possibly fill looming worldwide food crises. The UN has to devote and facilitate its programs designed to feed the universe as its major challenges in the 21st century. Ethiopia, the largest and notably the most prosperous state in the Horn of Africa, has ample scope in varied sectors to empower FDI especially in agro and allied industries. Focusing on services and real estate business pose a major threat; it may demise the potential of agriculture. In recent years natural calamities such as land erosions are becoming common (and unbearable) phenomena in most parts of rural Ethiopia while inflation has put an immeasurable financial stress upon the people in urban areas.