Addis Abeba, August 03/2020 – Following Hachalu Hundessa’s assassination, lives have been tragically lost and property destroyed. Similar politically motivated crimes have been committed at different times in the past two and half years. Though one cannot claim that criminal justice approach to such crimes was totally abandoned, it has  not been used to its fullest extent.

Hachalu’s assassination and the resulting violence have become a turning point in the government’s approach to deal with such cases. The government has resorted to rule of law-based response. Thousands of citizens including leaders of several political parties have been detained pending criminal investigation.

While the government’s move to uphold rule of law and ensure accountability is commendable, maximum care should be taken to safeguard citizens against miscarriage of justice in the name of law enforcement. Criminal justice is not only about prosecuting criminals. It is also about protecting them. And the role of the court in this regard is invaluable. Article 13 of the FDRE Constitution requires all organs of government to respect and enforce human rights including the rights of persons arrested. The court would have a heightened responsibility to safeguard rights of suspects at a time when the government sees the law enforcement as prime means to address the crisis.

The constitution has established the court of law as independent institution to be guided only by rule of law.  However, in the recent past the court, far from being independent, had been supportive of the government’s unsubstantiated criminal charges in many politically sensitive criminal cases. In particular, their role in the use of counter-terrorism prosecution as a tool to silence dissenting views – what Prime Minster Abiy Ahmed has acknowledged as an act of state terrorism- was significant. It was in this context that following her appointment as the president of the Federal Supreme Court in 2018, Meaza Ashenafi vowed on several occasions to restore public trust in the justice system. As such, the present-day court should distance itself from its past practices if it has to truly discharge their constitutional responsibilities.

However, some of the detainees have already expressed and communicated their fear of a potential misuse of power to the Ethiopian Human Rights Commissioner, who has voiced concern that rights of the detainees have not been fully respected, including the rights of family members to know the whereabouts of their detained relatives. Jawar Mohammed and his lawyers have already accused the government for its political intervention in the ongoing criminal investigation. The court has explicitly assured them that it is not a government tool to be used for political purposes. This guarantee should be demonstrated through actual rulings and decisions.

The court should even be more critical when it comes to scrutinizing the law enforcement’s accusation for non-bailable offenses. By virtue of Article 59 (1) of the Cr. Pro. C., the court is empowered to decide whether the arrested person shall be kept in custody or released on bail.  While exercising this power, the court should ensure that there is a prima facie case – a case where there is evidence indicating commission of the non-bailable crime and a reasonable link between the alleged crime and the suspect – to deny conditional release of the suspect pending a criminal proceeding.   Accusing one for a non bailable offense would be consequential. An accused charged with such offense will remain in custody until trial is completed should the law enforcement chose to pursue the criminal case, thereby resulting in irreparable damage on the accused, if wrongly made. Thus, the court should not allow the law enforcement to use mere allegation against the accused as a means to deprive the latter of their liberty without there being a good reason to justify the accusation.

In the ongoing high-profile criminal investigations, more often the police appeal to the grave nature of the crime to support their request for extended period of investigation and objection to the conditional release of the detainees. The commission of brutal crimes following Hachalu’s assassination is evident. Thus, what would be of vital importance in the criminal investigation relating to these crimes is not establishing the obvious fact of the commission of the crime but the link the detained persons have with these crimes. The court has to press the law enforcement for evidence that supports such link and that the investigation is reasonably progressing.

The court always has the option of ordering conditional or unconditional release of detainees where the law enforcement does not respect their constitutional rights including the right to speedy completion of investigation. Indeed, the court’s power in controlling the legality of the investigation would be meaningful if it asserts such real power. That is how it can discharge its constitutional responsibility to respect and enforce constitutional rights of those who are deprived of their liberty on suspicion of crime. If the court simply rubber-stamps the police request for further investigation or denies bail by simply looking at the alleged crime, in effect it would be the police, not the court, that determines the duration of investigation and whether or not the accused should be released on bail. This essentially makes the matters non-justiciable. The court should not allow that to happen.

Now that multiple high-profile criminal investigations are being conducted, the public is watching if the court has been reformed enough to be a trustworthy institution. While the government’s massive law enforcement including on high profile politicians would be a formidable challenge to the court, at the same time it has presented it an opportunity to prove if it has been liberated from political or self-imposed lack of independence and impartiality. Court rulings and decisions in relation to the ongoing criminal investigations and subsequent pretrial and trial proceedings would reveal where the court stands.  The way the court would deal with the ongoing vast law enforcement activity will be a litmus test if it has been adequately reformed to be a truly independent and impartial judicial institution – the court that the Constitution envisions.

As the court gives its rulings and judgments on these criminal cases, the public will give its verdict on whether the court is doing its business with the highest standard of independence, impartiality, and competence. It is if the public rebrand the court as impartial and independent that it would be able to build the much-desired public trust – the primary goal of the Federal Supreme Court under its new leadership. If the court successfully gains a status of being a trusted source of justice, it will not only oblige us to support its judgments in the cases at hand. It would also play a significant contribution in the transition process. AS 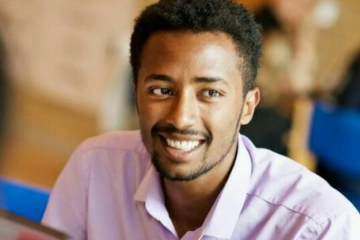