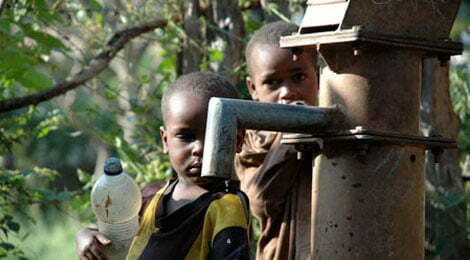 A global health conference in Addis Ababa attempts to address the issue of health equity. The host too has its own challenges to overcome

There is no lack of international conferences aimed at addressing pressing matters related to global health problems. October 21st 2011 marks a historic milestone for a healthy world (hopefully). Invited by the World Health Organization (WHO) more than 1000 participants from 125 countries came together in the beautiful city of Rio de Janeiro, Brazil, and adopted the Rio Political Declaration on Social Determinants of Health, a declaration aimed at achieving equitable distribution of health provisions to their citizens.

Ethiopia too has just hosted The 13th Triennial World Congress on Public Health from April 23-27, 2012. Its predecessor held in 2009 in Istanbul, Turkey, ended adopting “Health as a Human Right”.

More than 3000 health experts and policy makers who descended in the capital Addis Ababa from all over the world to take part in the weeklong conference, which was ongoing by the time this magazine went to the press, were expected to adopt the Addis Ababa Declaration on Global Health.

The conference was held under the banner of “Towards Global Health Equity: Opportunities and Threats,” a topic that encompasses both ethical and human right aspects. After all, enjoyment of the highest attainable standard of health is one of the fundamental rights of every human being regardless of race, religion, economic or social status.

The progress at home

Finding a comprehensive and independent data on health indicators in Ethiopia is very challenging. But according to a 2011 Demographic and Health Survey by the Ethiopian Central Statistics Agency (CSA), the country has reduced child mortality rate by more than half from 20 % in 1990 to 8.8 % in 2011. The number of health posts also quadrupled to more than 9,000 in 2011 from just a few a decade ago.

The report further claimed that nation-wide malnutrition rate has been reduced by 32%, and children’s chances of risking underweight dropped from 42.1 percent in 2000 to 28.7% in 2010.

Having sketched out what it is like to deal with health inequity in Ethiopia, the country can be considered as a beacon of hope not only because it is making a dent in some of the horrid statistics available only two decades ago, but also in some of the policy tools being put in place. The works done so far to set up thousands of health posts and to train and deploy twice that number of health extension workers in remote areas throughout the country is a mammoth assignment. Notwithstanding many setbacks, currently an army of Health Extension Workers in their thousands are conducting interventions in health education, vaccination, and family planning door to door in places that were impossible to access.

Viewing Ethiopia’s health infrastructure from the lowest administrative unit (Kebeles) upwards and thinking of health equity presents one with a daunting task.

A December 2011 study by the Ethiopian Ministry of Health and the Belgium based Institute of Tropical Medicine, Antwerp, revealed despite a remarkable decline in maternal and under-five mortality rates over the past 15 years, “both remain high at 590/100,000 and 101/1,000 live births respectively in 2010.”

Prime Minister Meles Zenawi, who addressed the gathering at the opening of the Addis Ababa World Congress on Public Health, admitted that one of the biggest challenges to equitable access was income inequality. But he hopes with the support from the stakeholders and “that of our other partners, we will achieve our goals and make a significant contribution to the quest for equitable health outcomes in Africa,”

Despite Ethiopia’s promising journey over the past two decades a significant number of its people have no or little access to any form of modern medicine; most communicable diseases still affect millions of mothers and children throughout the country and malnutrition frequently visits  children, pregnant and lactating women in most rural Ethiopia. The problem is exacerbated as delivering vaccination to the population in remote areas is hampered by lack of road infrastructure and a useful health surveillance data. Also, in most of these places fighting against deeply rooted beliefs of the society such as religion, culture and tradition and their influence in prohibiting behavior change in public health interventions is enormously intimidating, if not impossible.

It is not unusual to see millions of rural Ethiopians drink from unsafe river water squatting by a river bank with their cattle and carelessly defecate near a river bank; they practice no personal hygiene and have no notion of environmental sanitation either. Coming across with these gruesome scenarios, one can’t help but wonder what is keeping the entire nation from succumbing to ruthless noose of death.  Indeed, death is taking its heavy toll in the form of malaria, water borne diseases, pneumonia, measles, and AIDS which are by and large preventable and are mostly prevalent in rural Ethiopia.

Pneumonia, tuberculosis and malaria remained the most notorious diseases attached with rural Ethiopia, where nearly 85% of the country’s 80 million people live.

At times fighting against these scourges seems like trying to square a circle. And to be sure it is.

Attaining health equity for disadvantaged and vulnerable parts of the population as women, children, the elderly, and those residing in areas with no or little access to road, as well as reaching out to geographically isolated parts of the country and conflict ridden areas requires policy makers to step out of the box and employ varied tools.

Sometimes, policy loopholes and lack of implementation procedures mean one can always argue (and rightly) against the massive health projects in Ethiopia. There are many inconsistencies in the building health posts and medical equipment supplies. Sometimes, a fully equipped health post may be wasted because there are no health experts assigned to run it.

Although there is no denying that health equity in Ethiopia looks much better today than it was two decades ago, addressing the challenges in a lasting manner needs more than is being done at the moment. Most importantly, it needs a drastic paradigm shift in approaches. In the words of the Rio declaration health equity is a shared responsibility and requires the engagement of all sectors of government, of all segments of society, and of all members of the international community in an “all for equity” and “health for all” global action.

Japan out of ruin - a lesson to the world