Celebrating the ‘History, Culture and Music of the Rastafarians in Ethiopia’ It was the legendary spirit of Bob Marley that magnified the tiny Island of Jamaica to the world, and to this day Bob Marley remains the most celebrated and influential household name in reggae music throughout the world.

When he composed the album ‘Exodus’ in 1977, little did he know it would become the best album of the 20th century as Time magazine ranked it in 1999, recognizing it as the greatest album of all times.

The song ‘Exodus’ is a real masterpiece of reggae evoking the return of the Rastafarians into Africa. From the exit of the Babylon to the arrival into Zion, the exodus in Ethiopia takes a Pan African dimension.

Now, decades after the legendary album ‘Exodus’ was first released, a three days event in Addis Ababa gears up to see ‘Exodus’, a celebration of the ‘History, Culture and Music of the Rastafarians in Ethiopia’, the second edition of its kind, scheduled to be held at the Alliance éthio-française from March 15th-17th 2012.

The history of the astonishing journey of the Rastafarians from around the world, most notably the Caribbean, the United States and England, who repatriated to Ethiopia to be apart the country’s history, will be presented to the public during this occasion. Visitors of the exhibition will have a chance meet the heirs who made the fulfillment of ‘Exodus’, which loosely stands to mean as ‘God’s children coming home’ in Bob Marley’s song.

The idea first came about in December 2009 and saw the first edition launched in March 2011 when Dr. Giulia Bonacci, historian and researcher at the Research Institute for Development, was supported by Alliance éthio-française to organize the festival. It was aimed at giving a full representation of the works of the Rastafarian community through a variety of mediums focusing on initiatives within Shashamane, a town some 300kms south of Addis Ababa, and considered by most Rastafarians living in Ethiopia as more of a home away from home.

This year the vibrant theme of ‘Exodus’ will be revived once again with a colorful display of Arts and Crafts by the Rastafarian community in Ethiopia. Not only will the Rastafari community from Shashamane, but also those from places as far as Bahir Dar in the north and Hawassa in the south will be exhibiting their artifacts.

Speaking to this magazine, festival coordinator Dr. Giulia Bonacci explained the need to host the event. “The need is there because bridges have to be created between the Ethiopians and Rastafarians. Ethiopians need to have the knowledge of who the Rastafarians are so they too can be proud of the nationalities that have come here from at least twenty countries.” Ethiopia is home to the oldest and largest repatriated community of Rastafarians living in Africa. Their journey to Ethiopia began many years before Bob Marley’s song of ‘Exodus’ was first released.  Rastafarians have lived in Ethiopia from as early as 1930s. Records show the first migrants arrived as volunteers during the time of the Italian occupation in early-to-mid-1930s. These are some facts which need to be known to Ethiopians, which is what the festival hopes to highlight.

With the objective at its core to present the very rich and lively perspective of the Rastafari movement, and following the huge success of the first edition of the exhibition in March 2011, the second festival associates the history, the culture and the music of the Rastafarians, and is organized in partnership with the Goethe Institute, the French Center for Ethiopian Studies, the Research Institute for Development and the University of the West Indies. Dr. Giulia is thankful of the sponsors who have enabled the event to materialize. “It is our hope that it will become an annual landmark of entertainment and education”, she says.

Addis Ababa’s ‘Exodus’ festival is expected to expose the people who make up a large portion of the repatriated Rastafarian community in Ethiopia. It will send a message that will reverberate throughout the festival, and clarify in the meantime that not all Rastafarians are Jamaicans, or that they should live in Shashamane, which is a common stereotyped view amongst the majority of Ethiopians. This three day event also hopes to give further insights and testimonies – in the form of a panel discussion entitled ‘The voice of the Elders’ and scheduled to be held on Saturday 17 March – of some of the perpetual questions faced by repatriated Rastafarians.

There will also be three lecture programs and an installation called “Africa awaits its Creator”, which is a Pan Africanist phrase that describes black people living in the Americas and Africa. This installation will represent the contribution of the local Rastafarian community in Ethiopia through documents and photographs that show the diversity of Rastafarian venture businesses ranging from hotels and clinics to apple farming and schools. Not to forget the extensive production of Rastafari Arts and Crafts on sale for the duration of the festival.

Moving to the culture of food of the Rastafarians, a peculiar diet called ‘Ital’, means vital and natural, will be in display giving visitors the opportunity to taste the delicious cuisine of the Rastafarians. It will be catered by Royal Afrakan Link Company (RALCO).

With Bob Marley being celebrated for his song of ‘Exodus,’ Rastafarians in Ethiopia are seen as the fruits of his labour. Dr. Giulia expresses her hope that “the public will drop some of their preconceived ideas about Rastafarians living here and enjoy the social interaction, feeling enriched by the presentations of this event”.

Two Reggae concerts will showcase Rastafarian artists living in Ethiopia in a co-creation by H.I.M International Promotion and Boulibaï Vibration. Many of the artists will play a tribute to the legend Bob Marley at the Goethe Institut on Friday 16th March and at the Alliance éthio-française on Saturday 17 March. On the closing day of the event a film entitled ‘Roots, Rock, and Reggae’ (a 1977 production), which looks inside the Jamaican music scene, will be screened offering an insight into the making of roots reggae music. Famous artists along with the Nyahbinghi drums of Ras Michael and the Sons of Negus will also be featured.

We may not be able to find another Bob Marley so enriching to the world, but it is certainly time for Ethiopians to know and acknowledge the passion and efforts of the Rastafarians who consider Ethiopia to be their home than any other country in the world. There could hardly be any other event like this so full of history, culture and music providing another perception into the Rastafarian movement. 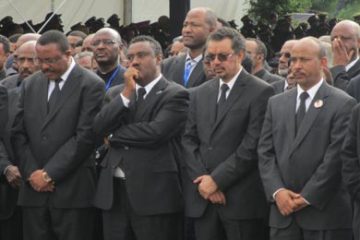