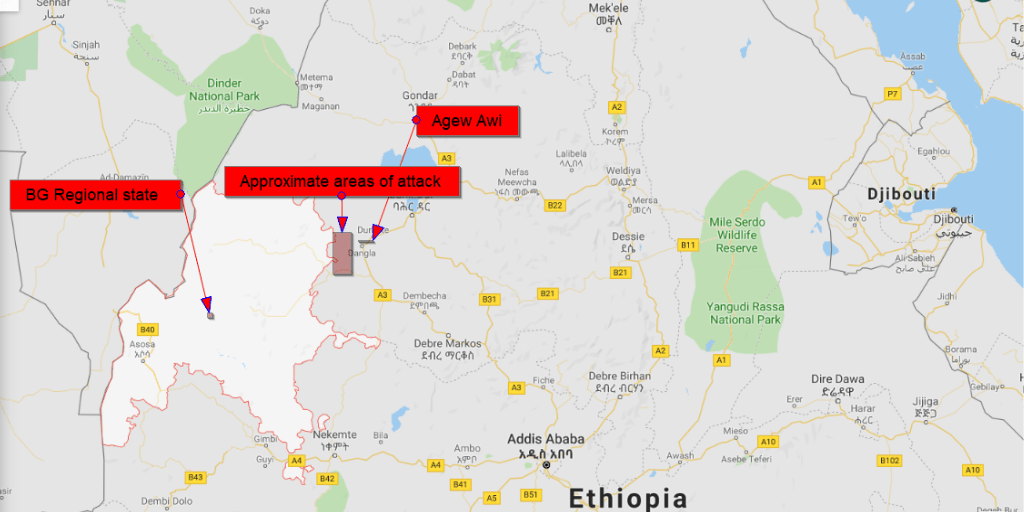 Addis Abeba, May 03/2019 –In what is described as “retaliation” for the killing of at least 18 people in various localities of Metekel zone in Benishangul Gumuz (BG)regional state, “several dozens” were killed in the last two days in Jawi Wereda, part of bordering BG regional state in what Deputy PM Demeke Mekonnen said was as “tragic” retaliation that left a “black spot.” Demeke said this during an interview with Amhara Mass Media Agency (AMMA).

Geleta Hailu, communication and PR head of Benishangul-Gumuz regional state,confirmed the news to Addis Standard by phone and said that “several dozens” from Gumuz and Sinasha communities in three Kebeles (localities) where the communities are living in. According to him, although full report of the incident is yet to be investigated, “reports from survivors and those admitted to clinics indicated the atrocity is committed armed groups who were indiscriminately shooting at unarmed civilians.” Geleta did not mention the number of causalities other than saying “there are reports indicating large numbers, but we must establish the facts,” he said adding that the federal army is in the area trying to “calm the situation.” He was said it was too early to tell the number of injured civilians admitted to at least four mid sized local health centers in the area.

Deputy PM Demeke said on his part that “what happened yesterday in Jawi area is an attempt to counter one mistake with another mistake which is tragic and has left a black spot,” he told AMMA on May 02.

This came as “retaliation” of the killing of at least 18 people in various localities of Metekel zone in BG regional state, both Deputy PM Demeke and Geleta said. So far, both Amhara and BG regional states did not release official statement yet. AS

Editor’s note: Addis Standard received several graphic pictures showing piles of bodies; however, we could not independently verify the authenticity of the pictures as of yet.