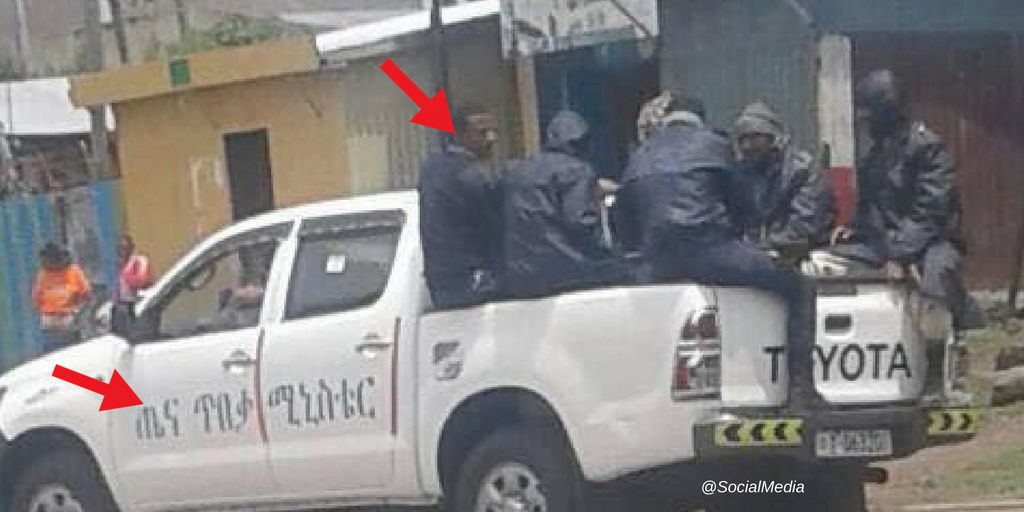 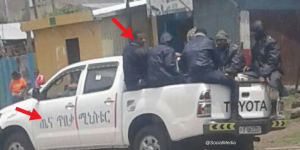 Addis Abeba, August 10/2017 – In addition to a twitter reaction posted yesterday and was reported by Addis Standard, the US embassy in Addis Abeba has given further explanation on the ‘possible misuse’ of a pick-up vehicle belonging to Ethiopia’s ministry of health and was pictured carrying security officers.

Yesterday’s twitter reaction from the US embassy came after pictures have circulated on social media showing the said vehicle carrying uniformed security officers in Ambo city, 120 kms west of the capital Addis Abeba, where protests, including the shutting down of businesses are being reported.

It is not clear how the security officers have mounted themselves into the vehicle, or where they were headed to, but the picture stirred angry backlash from several social media activists with some saying the pick-up vehicle was “procured by the Global Fund (GF) to Fight AIDS, Tuberculosis and Malaria in Ethiopia.”

Below is the additional information received by Addis Standard from the US Embassy in Addis Abeba.

“U.S. development assistance to Ethiopia is primarily focused on areas like health, humanitarian assistance, education and economic growth to create jobs and increase Ethiopia’s resilience to future shocks. The vast majority of U.S. assistance is provided through international and local implementing partners to help the people of Ethiopia in these areas. While we work closely with relevant Government of Ethiopia social welfare ministries like the Ministry of Health, the Ministry of Education, the Ministry of Agriculture and Natural Resources, the vast majority of our support goes through international and local implementing partners.

In the limited instances that equipment or other goods are provided through U.S. assistance to government ministries, agreements are signed that clearly state that the donated items must be used for their intended purposes. U.S. law contains prohibitions against using our development assistance for military, security, and police forces.

We are aware of social media reports claiming that a U.S.-funded vehicle operated by the Ministry of Health was used by security forces. While these claims are unverified and unproven, such actions would be in violation of our development assistance agreements. Furthermore, if true, such actions would diminish the ability of social welfare ministries to carry out their important work and risk the safety of their staff members. As such, we call on the Government of Ethiopia to ensure that this is not the case.”