a further 1 million Somalirefugees in neighboring countries of Ethiopia and Kenya.

After two decades of a civil war that devastated the entire nation Somalia is trying to put its past behind and move forward. President Hassan Sheikh Mohamud, who spoke to a group of journalists from African countries including our editor-in-chief Tsedale Lemma, can’t wait to make his country “move away from its past.” But problems abound. The biggest of all are security and the issue of getting millions of Somali refugees back to a meaningful life.

Of the issues of the refugees the responsibility to restore their lives back to some sort of normality rests upon the United Nation Office of Coordination for Humanitarian Affairs (UNOCHA) along with other development partners such as the UN Development Program (UNDP) .During a visit to two of the largest makeshift camps for internally displaced Somalis in the capital Mogadishu, Justin Brady, UNOCHA’s head of office, told Addis Standard that recent “military gains have to be followed by political, social and economic gains.”

The Somali government has plans to relocate thousands of internally displaced peoples (IDPs) currently on makeshift camps in Mogadishu to the outskirts of the city. The attempt is said to be the largest IDP relocation efforts in the world.But the job of doing just that looks bleak owing to the complexities surrounding millions of displaced Somalis from their social backgrounds (many of them may not return because they have sold their cattle and lands before migrating), to funding shortages. Traditionally Somalis are known to be closely attached to one another; helping each other in times of need and of solidarity. But a civil war that ravaged the country and the nation for the last 22 years means Somalis who are better off than the rest can make hundreds of thousands of dollars out of the miseries of their countrymen. Nowhere is this visible than the two big makeshift camps located in the heart of Mogadishu where a few Somalis, known as “gatekeepers” are privileged to manage the settlements. UNOCHA, whose attempts to reach out to the thousands of IDPs often has to go through these “gatekeepers” complains “they often control people’s access to humanitarian aid and have an interest in inflating the IDP figures to obtain more assistance.” Everything these “gatekeepers” have to do is leave their contact numbers at a sign board erected in and around the settlements. Newly arriving IDPs also make a good use of those numbers if they want to get a spot inside the settlements.  Poverty not only destroys society but its values, too. 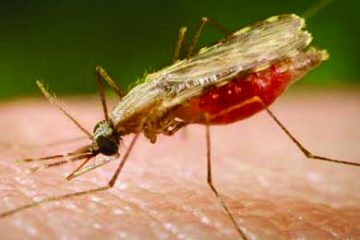