Commentary: Ethiopia’s census dilemma: from implementation gap to the politics

Addis Abeba, December 18/2018 – Population and housing census is one of the main sources of data on vital statistics ranging from birth to death. It is used as a basis for many social and economic projections, trend analyses, national planning, budget allocations or what have you. Researches also benefit from the availability of compatible data; and surveys, such as the Labor Force Survey, use census as base value to frame their sampling. Census is also the source for data on otherwise overlooked conditions like disability, making it the most common basis for macro level economic and social researches. Now imagine research findings that are based on wrong or inadequate data, and subsequent policies that are based on such inputs; it’d be a snowballing disaster.

As a researcher working in the field of demography, I found it problematic to fully rely on Ethiopian census data for a number of reasons. The first one is its lack of consistent and aggregated information on some variable such as migration data, which are available but are far from adequate or consistent enough to make analysis at national level. For instance, exclusion of the “place of birth” question from the 1994 and 2007 census questionnaire has meant that the 1984 census year remains the latest period for which a nation-wide migration data are available. Also, the 1994 census figures do not include data on the two predominantly nomadic regions: Afar and Somali. Scholars in the area suggest that caution has to be made in comparing migration by sex as well as make trend analysis at national level.

There is also no adequate data available to make trend analyses because census data in the Ethiopian case is a relatively recent phenomenon. The first Ethiopian census was conducted only in 1984 with the third one in the pipeline now. In comparison, however, the first population census in India was conducted in the 19th century, allegedly in 1872.

But even when the data is available it is difficult to access it. And when accessed, it might not be user-friendly. Part of the problem, however, lies on the side of data users, including journalists and other researchers, as they (we) lack the relevant technical skills and capacity to interpret available data.

Although there were tremendous improvements in the use of technologies to facilitate data entry, there have been major delays in data production, including not implementing the 2004 Census until 2007, and in releasing the results, and in postponing the 2010 Demographic and Health Survey (DHS) until 2011. The result of the 2007 census result was only released after 18 months.

Ethiopia seems to progress well in terms of putting the required technological infrastructure in place. the centralized structure, availability of clear national statistical development strategy, use of satellite imageries of mapping of enumeration areas, use of standard approaches and software as well as data quality assurance mechanisms were put in place. Every one of the technologies used in the previous three censuses is better than the last. CSA had used Optical Mark Reading in 2007 census to save time and resource for date capturing, which is an improvement over the previous one. Although serious concerns of procurement irregularities were raised, CSA also bought Tabs for the upcoming 20119 census, which is another leap forward to data quality.

However, there are gaps in the implementation. The implementation also violates some of the essential features of population census data collection, putting its credibility and dependability in question. The internationally agreed upon essential features of population and housing censuses are individual enumeration, universality within a defined territory, simultaneity, defined periodicity and small-area statistics.

Out of these, the Ethiopian population and housing census violates, first, the principles of  simultaneity, which states: “Each person and each set of living quarters should be enumerated as of the same well-defined point in time and the date collected should refer to a well-defined reference period.” In the case of Ethiopia, for example, data in Afar and Somali regional states were conducted separate from the other regions. However, pundits argue the presence of technical reasons for so doing; one of them being the need to undertake the enumeration in the two predominantly pastoral regions during the non-dry season.

The implementation also violates the principle of defined periodicity, which states: “censuses should be taken at regular intervals so that comparable information is made available in a fixed sequence. A series of censuses makes it possible to appraise the past, accurately describe the present and estimate the future. It is recommended that a national census be taken at least every 10 years.” In the case of Ethiopia, the third census that should have been conducted in 2004 was postponed to 2007 in connection with the 2005 national election. The fourth one should have been conducted in 2017. But it didn’t materialize due to the nation-wide anti-government protests that began in 2015.

The politics of census

More recently, census data in Ethiopia has become a point of political contention, as was the case in the 2007 Ethiopian census. When the 2007 census was released it documented the total population size to be 73.9 million, which created a huge gap with 77 million population projected for the same year based on the 1994 census. Following this, Charles H. Teller et.al argued that the media demonstrated keen skepticism over the results, and Parliamentarians from the “under-counted” regions demanded a recount. Subsequently a close evaluation of the census was done in March-April, 2009, by national and international demographers and found that the census had both field collection and coding problems, but was fairly accurate and should not be repeated.

In the meantime, ministry planners from one of the major under-counted regions were torn between having to use the official census data and their own higher estimates of their target populations, which they felt represents their reality. The lesson, however, is how important is the absolute size of the population, because that determines the allocation of both financial resources and seats in Parliament for their specific regions.

We know that it is perceptions, not facts, which drive politics. And when politics meets data collection, production and dissemination, it raises expectations among the general public but particularly amongst politicians. The undesirable effect of such expectations is questioning the legitimacy of the census outcome and the transparency of the entire census procedures. Informed by the results of the last census, heated debates about the upcoming census have already surfaced in Ethiopia’s social media sphere. If due attention is not given to protect the next census from being taken hostage of such divisive and politically motivated contentions, it may prove to be both costly and dangerous at the same time.

The Ethiopian population and housing census, as it exists right now, has got various problems. Many other factors exacerbate these problems. One of them is the timing of data collection. This is not just administrative and logistical problems associated with covering large geographic areas within a short period of time that compromises data quality. What matters rather is the real and perceived security fears of data collectors encounter in the filed in a politically sensitive timing and environment that is poisoned with ethnic and election politics.

Finding an independent data collector who reports the information provided by respondents is also a question that matters. On the side of data providers as well, there is high tendency to manipulate the information they provide for the same reason. This is more so in a time when people are avoiding life-saving vaccination campaigns for fear that other groups target them. These might profoundly compromise the quality of the data. More importantly, it might even risk the safety of data collectors. It is alleged that in the previous censuses, the lives of some data collectors were endangered partly because politics met data collection.

It is against this backdrop that the Ethiopian House of Representative declared to conduct the next national population and housing census in the coming year. Although no specific time is mentioned, yet, there is high chance that it would fall in the in-between time between the hangover of instabilities that have been shaking the whole country over the past couple of years (not sure if we are in the hangover stage yet) and the next election that is scheduled for 2020.

What should be done?

But most of these are delicate issues that go beyond the capacity of the Central Statistics Authority (CSA), prompting  another data expert to suggest the need to create a platform for different stakeholders to meet and deliberate. Hence, experts from all walks of life including, but not limited to, data collectors, data users, data providers, researchers and academia, activists, civil society organizations, INGOs and NGOs, and journalists, among others, should converge and share ideas. The ideal place to create such opportunities will be to work closely with the new Census Commission Advisory Council, which consists of 20 members drawn from ministers, deputy regional administrators, and the speaker of the House of Federation. The national Parliament has approved the formation of the Advisory Council in the last week of November this year.

I also believe that there are meticulous details and multi-layered politics involved in data production, dissemination and consumption. Hence, the need for creating such a platform so that relevant stakeholders deliberate on how to depoliticize data as well as on what the pros and cons of conducting or postponing census are, and beyond. AS

Editor’s Note: Yordanos S. Estifanos is a graduate with MA in European Master in Migration and Intercultural Relations (EMMIR) at the University of Oldenburg. He also earned MSc in Population Studies from the Addis Abeba University. Yordanos S. Estifanos is researcher and writer on migration and demographic transition in Africa. He was a research fellow at the Bielefeld Graduate School in History and Sociology (BGHS) in Germany and recently published monographs, research articles and a book on migration titled *Wayfarers*. He can be reached at: melkamgize@gmail.com

Commentary: Ethiopia’s census dilemma: from implementation gap to the politics 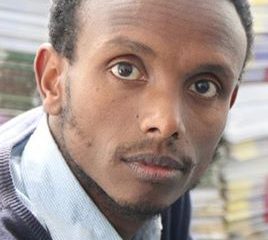