Addis Standard, February 05/2020 – Despite persistent skepticism and resistances, Ethiopia, Egypt, and Sudan are on a fast-track negotiation to sign a comprehensive agreement regulating the filling and operation of the GERD. The prospective agreement would ultimately be a treaty whose procedures and subsequent applications are to be regulated by the rules of international law-making. This commentary examines the flaws moored on the trilateral treaty-making and recommends how to rectify the flawed procedures. To adopt and ratify a valid trilateral text of treaty, the negotiating states should adhere the international treaty-making procedures; push the downstream countries to ratify the Cooperative Framework Agreement, allocate adequate time for negotiation and discussions at home; depoliticize and de-securitize the Nile question; take into account justice and generational rights of use; write their duties of conservation of the river and avoid asymmetry of information. The relationship of the negotiating states will remain tense unless due attention is given to these underlying issues of concerns.

Egypt has furiously opposed the construction of the GERD  until it has waived her opposition in 2015 when the Declaration of Principles was signed. The ground of her objection was the fear not to lose its water share appropriated in 1959. Ethiopia has proceeded to construct the dam rejecting the Egypt’s claim which is exclusively based on colonial-era agreements , devoid of validity in the established international watercourses law. Ethiopia repeatedly avowed construction of the dam on the Blue Nile River is justified on legal and moral grounds. Equitable utilization and No-significant- harm are the principles where Ethiopia has relied upon.

Following Ethiopia’s announcement to fill its reservoirs in the coming rainy season, Egypt calls for mediation to reach an agreement on the filling and operation of the dam, failing of which may have consequences. Ethiopia, though initially opposed the call, has agreed to the call and the three countries are negotiating. The negotiations are undertaken with third parties observation.

The talk which has been kicked off since October 2019 is still alive without adopting and signing a treaty. There are complains raised against the ongoing negotiations. The first relates to the observers role. Their role is shifted and are playing defacto mediation which questions the legal parlance of negotiation which is an exclusive mandate of the disputing parties.   Ostensibly, the United States is playing a role beyond observation and it became the drafter of the prospective agreement. So this faulty procedure would make the outcome deal invalid on the eyes of international law. Marred with such nitpicks and slipups, the talks are promising to reach an agreement.

Lack of cooperation is the mother of all turbulence in the Nile conflicts. The Nile question would have been answered on its entirety had the basin countries commit to the cooperative frameworks. Disagreeing on the significant frameworks which could expedite cooperation towards the conservation and utilization of the river contributed the dispute to spin around-the-clock.  Egypt stayed away the cooperation club and lately arrives to the upper-riparian’s decision to pursue projects. Her evading approach to share the burdens and benefits accrued from the Nile River is the source of all problems.

The panacea is committing to the previously adopted cooperative framework agreement. By doing so, Egypt could show good faith towards the settlement of disputes on the Nile and the GERD in particular.  Once she came on board, logjams will easily be broken.

The political narratives had inextricably linked Nile and Egypt.  This inextricable narrative has been transcended and mulled the relationship of the riparian states.

Making and establishing legal frameworks and institutions by the upper and lower riparian states had unfortunately been challenged by Egypt. The challenge came out of the over politicization and securitization of the Nile River. The intransigence and reliance on the flawed ‘natural and historic rights of use’ locked negotiations set for the equitable utilization of the waters on cooperative approaches. Claiming exclusive use over the river shared by 11 countries is provocative. Egypt should thus commit to drop-down the antediluvian approaches if she prospects agreement. Substantiating claims on the basis of water security may cause upstream countries to behave maliciously. This in return contradicts the very purpose of concluding treaties, means of developing peaceful cooperation among nations. Politicization and securitization of water use approaches will obscure the negotiation unless dropped soon. By far this doggedness on water security disregards the fundamental rights of people enshrined in many international laws.

Rush in Bad-Faith and Information Asymmetry

The three countries are negotiating in a very rush pace. This rush would be devastating once a lopsided agreement is sealed on. Adequate time should be given for the parties to discuss with the public and to decide astutely. The public wonders why the talks on the GERD are impatiently undertaken. Some ten rounds of talks were conducted since the US-brokered negotiations are kicked off. Many eyes are closely watched out the negotiations and their paces of the negotiations. Understandably, these rushes create doubts. May be bad faith of the negotiating state(s) is triggering the rushes.

A sustainable peace on the Nile basin countries can only be achieved when negotiating states act in a good faith and restrain from political manipulations. A war provoking approach in the negotiation would make all losers. A proactive measures need to be taken in the upcoming trilateral treaty. If one-sided and unfair treaty on the filling and operations of the dam is signed, the generations to come will go into war. Only a win-win solution is sustainable towards the GERD. For this to come true, Egypt should change its bargaining position, a shift from the mantra of water security to cooperation is needed. The bargaining position of Ethiopia should be high to make shift the Egyptians position.

Agreement on the natural resources should take into account the interests of the present and coming generations. Disputes on Nile River should therefore be carefully mediated in a way not to compromise the rights of the coming generations living in the basin.

Equity should also be placed at the centerpiece of the negotiation. An extreme and positioned approach disregards peoples who have been deprived of benefits from the Blue Nile River for some reasons. The attempt to preserve the status quo, from the downstream riparian, is no longer the case. Justice overrides the long-lived hydro-hegemony over the Nile River. Thus, a shift from hegemony to harmony is now crucial than ever before. Harmony expedites cooperation and equitable utilization of the Nile Waters unlike the hegemonic maneuver. Moreover, downstream countries should aware that Ethiopians have invested much on the dam project and want to see its success. Their demand is electricity, not luxury. There is no reason why Nile cannot be the river of life for Ethiopians as it works for Egyptians.  The costs for GERD, unlike the Aswan High Dam, are solely covered by Ethiopia which makes it [GERD] the National and Regional Pride.

If you claim Nile, conserve it as well

Claiming unilateral and exclusive rights of use from the Nile River has never been balanced with the duty to conserve the headwaters and tributaries of the River. A country that does not worry for the protection of the environment by now is claiming the patterns of filling and operation of the dam during drought and dry times. Conservation comes before utilization. This has been missed for long due to some uncritical move of the downstream countries. The time is now to entrap those countries with a legal duty of conservation. Negotiating states should write their shared responsibilities towards the conservation of the surrounding environment on the Blue Nile River. A lopsided agreement which entails responsibility to Ethiopia is unacceptable in this regard. Ethiopia should say no for an agreement which forgets shared responsibility of conservation.

Scientifically, conserving and protecting the headwaters and tributaries of the Blue Nile could increase the water volume of the Nile which thrives in the desert before it reached into Egypt. Egypt should mostly worry towards the protection of the Blue Nile sources, the Ethiopian highlands before worried about the diminished flow of the waters due to the GERD. What would be its fate if the Nile went dry? Why did Egypt fail to notice the 10BCM water loss due to evaporation from the AHD? AS 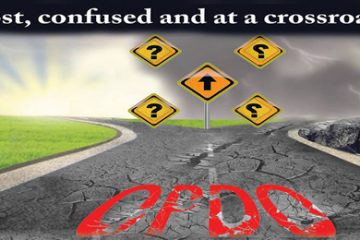