Professor Kenichi Ohno and Professor Izumi Ohno, from the National Graduate Institute for Policy Studies (GRIPS), have led the Dialogue since June 2009. Under the Policy Dialogue, the two professors have held talks with the late Prime Minister Meles Zenawi eight times, and with Prime Minister Hailemariam six times, including the just concluded one.

“The Policy Dialogue has been conducted as a technical assistance project by the Japan International Cooperation Agency (JICA), and thus, has been closely coordinated with the “Kaizen” initiative that the Ethiopian Government is implementing across the country with the assistance of Japan,” the embassy said adding “this is also the platform that created the “Champion Products approach,” which is a tool for promoting trade and increasing exports.”

At the high level Forum held on 14 January, participants such as Newaye Kiristos Gebreab, Economic Advisor to the Prime Minister,. Ahmed Abtew, Minister of Industry, Tolesa Shagi, Minister of Mine, Tadesse Haile, State Minister, Minister of Industry, Genachew Adem, Deputy Commissioner, National Planning Commission, and other relevant high officials from economic development related ministries, commissions, and institutions of Ethiopia exchanged views on two major themes: the positioning of productivity and competitiveness in the next GTP and the direction of industrial development, and the development of industrial parks and inviting Japanese companies into Ethiopia.

Regarding the first major theme, a cross-cutting whole picture related to the improvement of product quality, productivity, competitiveness, in particular, the relationship with “Kaizen”, which is a key element to improving productivity and competitiveness in the manufacturing sector, as well as target setting and priority setting in the industry sector, and industrial policy and the role of FDI were intensively discussed by both sides.

The Japanese participants discussed over these two major themes based upon the results of the high level forum they have held with Prime Minister Hailemariam on 14 January. 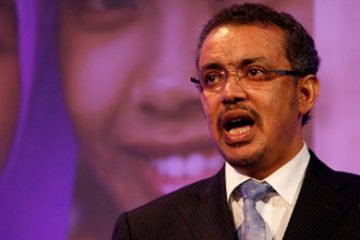