The thirteen were also accused of working to ‘establish an Islamic state’ in Ethiopia; one of the accused has died while in jail

Charges against the thirteen include charges of organizing themselves to work towards ‘establishing an Islamic state’ in Ethiopia, a terrorism accusation.

The accused were originally 14, but the 9th defendant, Mubarak Yimer, has died on January 15, 2016, under suspicious circumstances while he was in police custody. He was found dead in his cell and no investigation was carried out to establish the cause of death.

The killing of Sheik Nuru Yimam, who was shot to death at his residence on the night of July 5, 2013, has been one of the most controversial issues ever since. He was known to have publically supported the government’s crackdown against Muslim protesters that began in Dec. 2011. Muslims who continued protesting against the government maintain he was killed by government thugs to blackmail their protest movements.

Ethiopian Muslims were protesting since 2011 against what many of them say were an uncalled for interference by the government in the affairs of their religion. The protests came to a disturbing twist on Monday, Oct. 29th, 2012 when a federal court in Addis Abeba decided to charge 29 Muslim protestors arrested in July of the same year with “plotting acts of terrorism” under the country’s infamous anti-terror proclamation.

According to today’s court ruling, the highest sentences were handed to the 8th defendant Yimer Hussein, who was sentenced to 16 years in jail, while the seventh defendant, Umar Hussien Ahmed, was jailed for 15 years and six months. Umar is also among the 38 inmates who are accused of setting the controversial Qilinto fire.

Their lawyer, Bahiru Mikanga, told Addis Standard that there were enough grounds to appeal the sentencing, but said he was yet to discuss further actions with his clients.

Today’s sentencing follows yet another sentencing of a group of Muslim protesters into lengthy jail terms. On January 03, the federal High Court 19th criminal bench has sentenced19 defendants under the file name of the first defendant Kedir Moahmmed Yusuf.

Photo: Partial view of defendants as their pictures were paraded on state TV during the trial

Analysis: Ethiopia: The slow death of a civilian government and the rise of a military might

AS Exclusive: “We need to bring Prince Alemayehu’s remains back. We want him back “- Poet Lemn Sissay 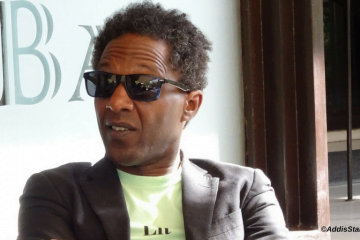