The 19 pages charge constitutes four separate charges, of which Dr. Merera is indicted in charges number one, three and four.

Two other individuals: second defendant Dr.Berhanu Nega, leader of the opposition Patriotic G7, and 3rd defendant Jawar Mohammed, head of OMN Television and a prominent Oromo activist, are also charged in absentia under the same file as Dr. Merera Gudina. But the two only share details of offenses listed in the first of the four separate charges in the same file.

Accordingly, the first charge against Dr. Merera and the two co-defendants accuses all the three of breaching Ethiopia’s criminal code article 32/1/a & b, article 27/1, and article 238/1& 2 that deals with constitutional order. Accordingly, it accuses them of being leaders and major instigators of the yearlong public protest that rocked Ethiopia prior to the declaration of the current state of emergency in Oct. 2016.  It also details that the trios were involved in “creating pressure against the government” “threatening society through the means of violence” and attempting to “disrupt constitutional order.” Reacting to the news that he was formally charged with terrorism, Jawar Mohammed tweeted: “TPLF has finally put on its honor roll by charging me at its kangaroo court.”

The second charge in the same file is brought against two media institutions: OMN and ESAT, both foreign-based television stations. But besides the criminal charges of contravening articles 32/1/a as well as 38 & 34/1 by attempting to violently overthrow the constitutional order, both institutions are also charged with article 5/1/b of Ethiopia’s infamous Anti-Terrorism Proclamation (ATP) 652/01. The media institutions are accused of fueling the recent protests by serving as a communication tool for terrorist organizations such as Oromo Liberation Front (OLF) and Patriotic G7, both outlawed by Ethiopia’s ruling party dominated parliament.

The third and the fourth criminal charges are brought against Dr. Merera only, leaving him to defend three of the four charges in his file name.

The third charge accuses him of violating article 12/1 of the current state of emergency, which made any contact with individuals that the government designated as terrorists a crime. By this, the charge refers to Dr. Merera meeting and discussing with Dr. Berhanu Nega of PG7 during his trip to Europe shortly before his arrest.

And the fourth criminal charge accuses him of contravening article 486/b and giving a false and damaging statement about the government to a media. The charge specifically mentions a radio interview Dr. Merera gave to the VOA, (not mentioned if it was the VOA Amharic or Afaan Oromo), in which Dr. Merera disputed government’s claims that it had foiled a terror plot in Addis Abeba during a world cup qualifier match between Ethiopia and Nigeria in Dec. 2013.

Dr. Merera Gudina was due to appear at the federal high court Arada branch today, but a notice put in the court premise says all court hearings between February 21 and 24 will not take place due to trainings judges and all court staffs are taking. Addis Standard learned that Dr. Merea Gudina will remain at Ma’ekelawi, a notorious prison in the heart of Addis Abeba, until next hearing which is set on March 3rd.

The charges against Dr. Merera and the two individuals are punishable by up to ten years in jail and do not prohibit the accused from having the right to bail.

Throughout the last three months, the government maintained  Dr. Merera was only detained under the six-month state of emergency.

Dr. Merera was detained upon arrival in Addis Abeba after finishing a tour to several European countries for more than three weeks.

During his tour Dr. Merera delivered a speech to members of the European Union Parliament on current political crisis and human rights violations in Ethiopia. Dr. Merera was joined by two other prominent invitees: Dr. Berhanu Nega, and athlete Feyisa Lilessa, Olympic silver medalist who gave a significant impetus to a year-long Oromo protest that gripped Ethiopia when he crossed his arms in an X sign at the finishing line. (The three are seen in the picture above.)

The latest charges against Dr. Merera show that his party, OFC, is at the forefront of losing its leaders to prison. Currently, several members of the party, including Bekele Gerba and Dejene Fita Geleta, first secretary general and secretary general respectively are facing terrorism charges. Of the 22 defendants in this file, majority are OFC rank and file members.

Bekele Gerba was arrested for the second time since 2011, during which he was sentenced to eight years in prison suspected of allegedly belonging to the banned Oromo Liberation Front (OLF). Bekele spent almost four of the eight years before he was freed in April 2015 only to be re-arrested in Nov. 2015 following a wave of protests by the Oromo.

The other notable Oromo opposition figure serving eight years prison term is Olbana Lelisa, who was arrested along with Bekele Gerba in 2011. Olbana was a high-ranking leader of the Oromo People’s Congress Party (OPC), which has since merged with the Oromo Federal Democratic Movement (OFDM) to form OFC, which is led by Dr. Merera.

Correction: The first charge on Dr. Merera Gudina, attempt to overthrow the constitutional order by violence, is punishable by life in prison up to death.  It was wrongly mentioned above that it is punishable by up to ten years in jail. That was wrong. Sorry! 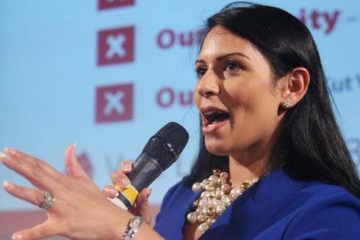