Addis Abeba, November 13/2019 – A third student was killed yesterday, this time in Dembi Dolo University, in Qellem Wellega zone of Oromia regional state, as tensions within several universities rose following the killing of two students in Weldiya University over the weekend.

A third year student in Dembi Dolo died after having been admitted to the city’s hospital for injures he sustained following a fight between students near the university’s cafeteria, the university’s president Dr. Leta Tesfaye told state broadcaster EBC. Social media posts said the student’s name was Geteneh Bitew.

Tension and conflicts rose in several state universities after the violence in Weldiya university triggered students to vacate campus premises in search of shelter inside churches, Dechassa Gurmu, publication relations head of the Ministry of Science and Higher Education, admitted in an interview with DW Amharic.

In Bule Hora university, in west Guji zone of Oromai region, at least ten students have sustained injuries after fighting broke out yesterday. The fighting subsided after members of security, including federal army, from nearby military camps were deployed inside the university campus, Addis Standard learned.

Abreham, a third year agricultural economics student at Haramaya University, said several students have left campus premises since Monday morning and are sheltered inside a church in the city of Harar. “There were not active fights but some notes were distributed within the campus threatening revenge and warnings. They have caused fear among many of us,” Abreham, who only wanted to be mentioned by his first name, told Addis Standard by phone. Similar incidents were reported in Jimma and Metu universities where students left campus premises for fear of attacks.

Another first year student in Jimma university who wants to remain anonymous also told Addis Standard by phone that many students have left the campus after leaflets were distributed on Monday morning “warning us to leave campus immediately.” Jimma University has not resumed class as of the writing of this article. Uneasy calm has returned to university campus but many students who left campus are still outside. Addis Standard’s repeated attempts to speak with university authorities were to no avail.

Authorities at the Ministry of Science and Higher Education and university campuses are attempting to calm the tension in a bid to reassure students to resume teaching-learning process. Dr. Leta Tesfaye said Dembi Dolo university was holding discussions with students, elders and religious leaders and that the teaching -learning process has resumed this morning. Similarly, Dr. Hassan Yusuf, President of Wellega University said similar discussions were ongoing with students in a bid to avoid any disruptions.

In Weldiya university, residents have come out to the streets to denounce the weekend’s killing; elders and community leaders have also visited and provided support to students who were affected by the violence. However, several students have refused to return to the university campus for fear of another attack whereas many who are inside campus have refused to return to their dormitories and have spent the fourth night gathered at one spot inside the campus. Students spoke of door-to-door attacks in the night of the violence that claimed the lives of two.

Meanwhile, several demonstrations took place across many cities and towns in Oromia regional state yesterday denouncing the killing in Weldiya university. Students and residents took to the streets in Chiro, Horna & Haramaya as well as Bulbula, Arsi Negelle and Batu towns and cities. Fresh demonstrations are also taking place today in Ambo, Guder, Ginchi cities, among others. AS 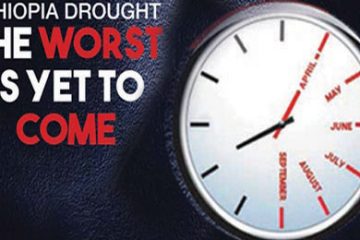