Addis Abeba, July 11/2019 – In a strong statement it released late yesterday the Central Committee (CC) of Tigray People’s Liberation Front (TPLF), one of the four major parties that make up Ethiopia’s ruling party, EPRDF, said that it would be hard pressed to continue to work or to struggle alongside the Amhara Democratic Party (ADP), the other major polity of EPRDF, unless the later looked inward and fixed its internal crisis. The statement also called on the federal government to establish a national independent investigation into the June 22 assassinations of high-level political and military leaders.

The statement was issued after the conclusion of a two day urgent meeting and has seven point resolution.

In the first point of the resolution, in addition to calling for independent investigations, the statement called on security and political officials who have knowledge of the assassinations to be held accountable.

In the second point of the resolution TPLF directly accused ADP of facilitating the mushrooming of what it called “chauvinist forces” and went on criticizing it to “look inward rather than externalizing” the crisis which led to the assassination of its high level political leaders. It demanded the ADP to “bear responsibility” of the crisis and “apologize” to the Ethiopian people. Otherwise, “TPLF will be hard pressed” to “continue the struggle with ADP.” In addition to its strong criticism of ADP, TPLF also accuses EPRDF of becoming a party harboring what it called forces with “parasitic” political viewpoints.

TPLF’s accusation of the ADP came a few days after Demeke Mekonnen, chairman of ADP and deputy prime minister, said that he believed the presence of external groups behind Brigadier General Asaminew Tsige, the alleged mastermind of the assassinations of three high level officials of the Amhara regional state including its president, Dr. Ambachew Mekonnen.

Later in the statement, TPLF said that as “a federalist” party, it has decided to align itself with other “constitutionally bound federalist forces” and that it was working to create a platform whereby federalist political groups can come together and create a political alignment. This is an assertion consistent with a yearlong complaints by the party that the current federal system in the country was being eroded by “anti-federalist political forces.” A year ago in August 2018, Debretsion G. Michael, vice president of Tigray Regional State and Chairman of TPLF, openly stated in an interview televised by a regional TV network that the federal system was “being destroyed.”

The other issue mentioned in the seven point resolution is TPLF’s demand to the federal government on where exactly the government’s stands were with regard to the May 2020 general elections. The government should in no uncertain terms explain its decisions, it said.

In a message addressed to the Ethiopian National Defense Forces (ENDF), TPLF said the party and the people of Tigray will stand by the national army in its endeavors to protect the “the constitution and the sovereignty of the country.”

In what seemed to be an endorsement of the Sidama people’s request for statehood and other requests emerging from the southern regional state, the statement said that requests for statehood were constitutionally guaranteed and should be resolved accordingly. Any attempt to respond to such requests by force or by “any unconstitutional means” is “unacceptable,” it said.

Finally, the resolution cautioned the federal government to work towards ensuring the rule of law, the rights of citizens, as well as constitutional order.

TPLF’s Central Committee is not the only constituent party to hold a meeting lately. Under a growing pressure for statehood from the Sidama people, its largest constituencies, the Central Committee of Southern Ethiopian People’s Democratic Movement (SEPDM), the regional party governing the Southern Nations, Nationalities and Peoples’ regional State (SNNPRS) and is one of the four major parties of EPRDF, has kicked off what it said were a 3 days special meeting in Addis Abeba on July 05. SEPDM’s Chairwomen Muferiat Kamil said in the first day of the meeting that the Central Committee will discuss regional & federal peace and security issues as well as political matters. Nearly a week later, the meeting is still ongoing.

Similarly, the Executive Committee of ADP has kicked off a meeting today at the regional capital Bahir Dar. This will be followed by a meeting of the Central Committee over the coming weekend, according to unconfirmed sources. Both parties are expected to issue statements at the end of their respective meetings, which are being held in closed doors. AS 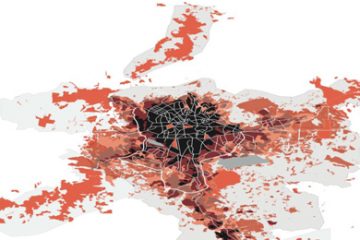