Addis Abeba, May 04/2020 – The Executive Committee of Tigray People’s Liberation Front (TPLF) has passed a decision late this evening to hold the upcoming elections at the regional level. The decision came at the end of three days meeting by the EC and comes a day before Ethiopian parliament convenes to approve one of the four alternatives tabled by the federal government.

TPLF’s Executive adopted a five point resolution at the end of the three days meeting, during which the party said it has extensively discussed on current regional administration works, including the region’s efforts to contain the COVID-19. “One of the pressing matters the executive has extensively deliberated on was the issue of the national agenda led by Prosperity Party, which has now reached at a campaign stage where it is threatening to dismantle the constitutional order,” the statement reads.

TPLF accused Prosperity Party of already dragging its feet not hold the elections before the COVID-19 pandemic was reported in Ethiopia, which has now become like “a good opportunity to establish a one man authoritarian rule” and to strengthen the party’s efforts to extend its office term “unconstitutionally.”

TPLF also criticized the April 29 meeting between Prime Minister Abiy Ahmed and representatives of opposition parties during which the Deputy Attorney General Dr. Gedion Timotiwos presented the government’s alternative to avert an impending constitutional crisis due to Ethiopia’s differed elections. The government presented four options during the meeting: Dissolving the Parliament; Declaring a State of Emergency; Amending the Constitution; and seeking Constitutional Interpretations. TPLF called the meeting an incident in which the Prime Minister’s explicit wish to hold on to power unconstitutionally was glaring and said it was “absolutely unacceptable.”

The House of People’s Representatives is expected to approve one of the above four alternatives in its 3rd special session tomorrow. But TPLF’s statement said that it has now become clear that “under the guise of constitutional interpretation the party in power has come too close to dismantling the constitutional order.”

Therefore the Executive of TPLF issues a five point resolution as a response.

The first resolution called for an immediate end of Prosperity Party’s “explicit movement to undo the constitutional order under the guise of constitutional interpretation,” and focus on coordinating efforts to contain the spread of COVID-19 and to hold the elections within the framework of the constitution in a participatory manner involving all political parties.

The second resolution says that while it is important to keep the practice of dialogue, because the ruling Prosperity Party has no moral capacity to conduct free and fair elections TPLF called on ways to reach at a consensus and create a special arrangement whereby the peace and sovereignty of the country is given enough attention and electoral preparations can commence.

The third resolution warned that failure to do will lead to a complicated crisis after October 2020 during which the office term for the current government will come to an end. The likelihood of such crisis, coupled with the “illegitimate manner in which Prosperity Party dissolved EPRDF and crowned itself” will be hard to avoid. However. it said TPLF would be more than willing to work with political parties which are willing to fully recognize the Tigray people’s right to self-administration, including holding regional elections, in order to avert the impending chaos. This movement will be conducted based on principles of efforts to contain the spread of COVID-19 as well as the acceptable principles of the constitution.

The fourth resolution called on both members of the House of People’s Representatives and House of Federation to stop such as act which is threatening to dismantle the constitutional order in broad day light and distance themselves from it.

And the fifth resolution reaffirms TPLF’s commitment to work with all political parties which have “similar agenda” in its efforts “to help save the multinational federalism order.” AS 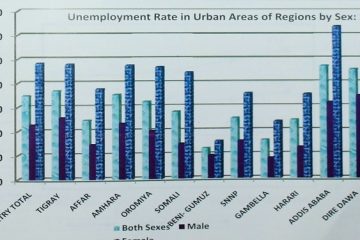