A new study shows that the number of children and adolescents who are out of school is on the rise, and grew to 124 million in 2013.  Released by the UNESCO Institute for Statistics (UIS) and the Education for All Global Monitoring Report (EFA GMR), it shows that international aid to education remains below 2010 levels and is grossly insufficient to meet new education targets to achieve universal primary and secondary education.

“The World Education Forum in Incheon in May framed an ambitious vision for the next fifteen years, promising 12 years of free and equitable access to quality education,” said UNESCO’s Director General, Irina Bokova. “Notwithstanding the importance of domestic resources, this new paper warns that unless countries make serious commitments to increase aid at forthcoming conferences in Oslo and Addis Ababa, this target could remain elusive for millions of children and youth.”

New UIS figures show that one in eleven children is out of school, totaling 59 million children in 2013, an increase of 2.4 million since 2010. Of these, 30 million live in sub-Saharan Africa and 10 million are in South and West Asia.

According to UIS estimates, 24 million children will never enter a classroom. Half of all out-of-school children in sub-Saharan Africa will never enroll. Girls are the most disadvantaged, particularly in South and West Asia, where 80 per cent of out-of-school girls are unlikely to start school, compared to just 16 per cent for boys.

In addition, one out of six adolescents is not in school, totaling 65 million in 2013. One third of these live in South and West Asia, another third in sub-Saharan Africa, where there are more adolescents out of school today than in 2000.

Conflict is a huge barrier to education. “New data show the devastating impact of the civil war in Syria,” said Silvia Montoya, Director of the UNESCO Institute for Statistics. “Before the conflict, nearly every child was enrolled in primary school but by 2013 nearly two million children and adolescents were out of school. It took just two years of civil war to erase all education progress made since the start of the century.”

Meanwhile, the EFA GMR shows that, despite a small increase of 6% in aid to education, levels are  4% lower today than in 2010. Without renewed commitments, assistance will continue to stagnate until at least 2017.

It will cost an extra $40 billion to provide 12 years of education to everyone in low and lower-middle income countries.  To fill this shortfall, donor countries must increase their aid to education by 600 per cent.  Instead, they are placing education lower on their list of priorities: half of donor countries decreased their aid to basic education from 2008-2010 and 2011-2013.

Aaron Benavot, Director of the EFA GMR stated: “Aid needs to be shooting upwards, not creeping up by a few percentage points. The world just set itself the huge goal of providing 12 years of free education. This simply won’t happen unless donors get serious about funding. The Oslo Summit on Education for Development and the Third Financing for Development Conference in Addis Ababa next month present a real test of donor commitment. Without it, targets and promises for progress are unlikely to be met.” 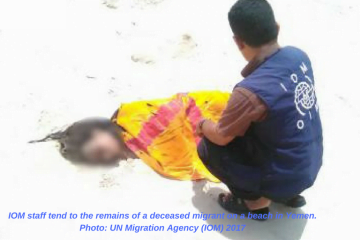