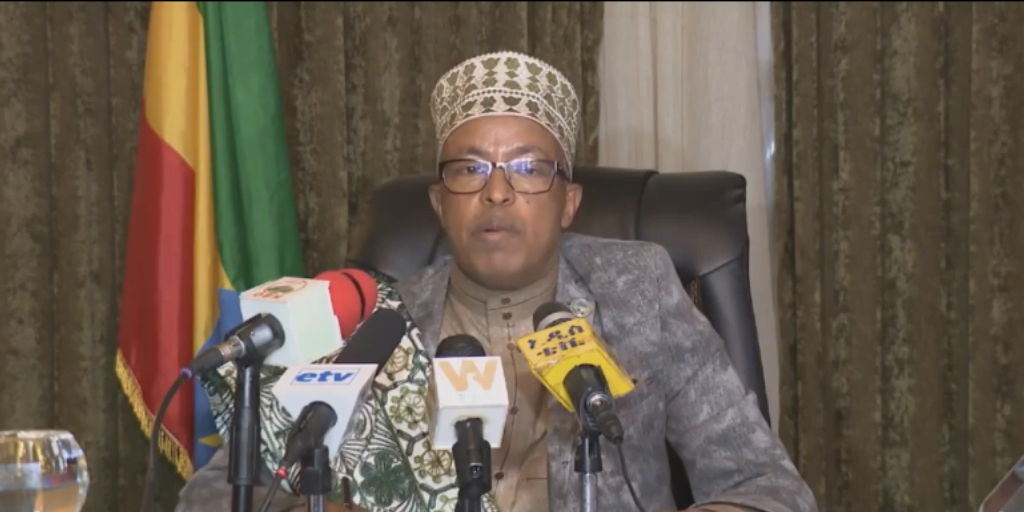 The Shiek Mohammed’s statement came after a third Mosque was torched last Sunday in Andebet Woreda, Jera Gedu Kebele in South Gonder zone. This was the second attack after two mosques were torched in Esete Mekane Selam town in south Gonder zone on February 10. The incident happened after false claims that a picture of St. Mary was found circulating at a wedding of a Muslim couple among other decorations, according to The Amhara Mass Media Agency. Although it was denounced by reps of both religions & elders at the event, later on two Mosques were burned & one damaged. Another report by the BBCAmharic quoted a local police officer as saying that claims by group of youngsters who said they have seen St. Mary’s picture being crushed at the wedding led to the violent attack on the Mosques and looting and damaging properties.

Sheik Mohammed added that such acts don’t represent any religion but are orchestrated by those bent on destroying the values of Ethiopia’s inter-religious tolerance. “This is a tragic incident; it’s also a grave crime. We strongly caution for those responsible to face the law,” he told local media.

The attack on the third Mosque came while online community efforts were underway to help build the first two mosques. Using #GonderMosque, Ethiopian twitter community have come together and organized a go-fund me page to help raise money to help the local community rebuild the Mosques.

On the ground, a community fundraising event is taking place in Esete Mekane Selam town in South Gonder zone where the previous two Mosques were torched. Like the online campaign, the community event is also aimed at raising funds to help rebuild the Mosques.

In a separate news, seven churches belonging to Ethiopian Protestant Church were destroyed and torched in Halaba Kulito town in Southern Ethiopia on Saturday February 09. According to the Alaba zone communication office head Mohammed Nur, the churches were destroyed after a fake news circulated on social media claiming that Mosques were attacked in Durame area, according to Ethiopia Live Update. Sheik Mohammed Amin also condemned the attack during his presser. He further cautioned that burning worshiping places will pave ways to instigate a grave religious violence in the country and needs to stop as soon as possible. He called on all religious institutions to step up security around worshiping places. He also a careful use of social media in order to avoid further violence. AS

The Interview: The Nabad Project: In pursuit of healing bitter divisions

News: Thousands displaced by fresh violence in central and western Gonder in need of urgent help