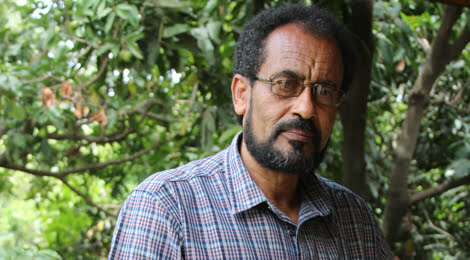 The federal high court Arada branch 19th criminal bench has today granted the police investigating senior opposition figure Bekele Gerba and 22 others additional 28 days and adjourned the next hearing until April 15th 2016. The police were given the additional 28 days at a closed hearing this afternoon.

The same court has also adjourned the case for Getachew Shiferaw, Editor-in-Chief of Negere Ethiopia, the opposition’s Blue party newspaper, and two others in his case until April 15th. Getachew Shiferaw et al were detained in January this year. No charges are brought against both cases.

Bekele Gerba, who is the first secretary general of the opposition Oromo Federalist Congress (OFC), was arrested on Dec. 23 2015 following the initial weeks of the Oromo protests that gripped Ethiopia since Nov. 2015. Other 22 members of the OFC were also arrested in what many say was the heaviest crackdown against the party.

Bekele Gerba et al have already appeared in court three times and today’s was the fourth and would have been the last appearance for the police to request additional days. Boontu Bekele, Bekele’s daughter, told Addis Standard this afternoon that since the last three days his families were allowed regular visits for the first time because the ”police said they have finished their investigations,” Boontu said.

In January Bekele Gerba et al went on a hunger strike protesting against inhuman treatments in the hands of the police including denial of family visits at the notorious prison ward called Ma’ekelawi. The families of all the detainees were then briefly allowed to visit. But the situation didn’t seem to have improved.

Wondmu Ebbissa, the lawyer representing Bekele Gerba et al, told Addis Standard this afternoon that Bekele and the 22 others with him are kept in a cell of 4 X 5 m that includes a toilet and beds for all.

Today’s grant by the court of the additional 28 days is against Art 20 sub article 3 of Ethiopia’s infamous Anti-Terrorism Proclamation (ATP), which allows police investigating detainees to request only four appointments of 28 days each from a presiding court. After that the proclamation allows detainees the right to a bail.