Issues of Peace and Security, Migration, Economic Cooperation, Democracy high on her agenda

Federica Mogherini, who is also the Vice President of the EU, visited Ethiopia as part of the as part of the occasion of the 40th anniversary of EU-Ethiopia relations. In the morning Ms Mogherini conferred with Ethiopia’s Minister of Foreign Affairs Dr. Tedros Adnahom during which Ms. Mogherini noted in the past 40 years the relationship between Ethiopia and the EU “had encompassed humanitarian, developmental, and political areas as well as peace and security.”

Ms Mogherini also met with AUC Chairperson Dr. Nkosazana Dlamini Zuma to discuss the relations between the two continents in light of the EU-Africa Summit held in April 2014 in Brussels. During the summit in Brussels, leaders of more than 60 countries from Africa and Europe confirmed their commitments to the objectives set out in 2007 Joint EU Africa Strategy. As per the roadmap adopted by the Summit key priorities and areas for joint action include peace and security, democracy and human rights, and sustainable and inclusive development.

“The Africa EU partnership is significant in three ways,” said Deputy Chairperson of the AUC Erastus Mwencha in his welcoming address. “We are neighbors tied together for good or bad, we have a shared history spanning centuries and we have common opportunities and threats.”Mr. Mwencha further said that a prosperous and peaceful Africa “is much an interest of Europe as a prosperous and peaceful Europe is an interest of Africa.”

In her keynote address Ms. Mogherini stressed the importance of investment and resilience instead of aid for a better future in the EU Africa partnership. “We must move forward from the donor receiver approach and focus on investment.” Thus, as a leading investment partner with Africa, “the EU supports the African Union in its ambition to create a continental free trade area.”

Sharing the sentiment advanced by the Deputy Chairperson, Mogherini stated that a peaceful Africa matters not only for itself but for the entire world. “We support Africa’s aspiration to silence the guns and provide good governance by 2020” because “there is no development without peace and security.”

In putting resilience at the center of policies, Mogherini noted, it is possible to make the next crisis less likely to happen. “Economic prosperity, good job opportunity, rule of law and political legitimacy help to make resilience possible. Inclusive and democratic elections are essential; but what happens before and after the election matters a lot as well. Constitutions must be respected including Presidential limitations,” she said.

Speaking about the pressing issue of migration, the High Representative underlined that it is not just an EU crisis, “it is a global crisis.” As part of the measures taken by the European Union commission to tackle the problem, the EU Trust Fund has been established with a 1.8 Euros grant from the EU to assist countries that have border issues. “It is not an exchange in which countries take the money and keep people from migrating to Europe,” Mogherini elaborated. “It is by building opportunities not by building walls that we shall overcome.” Other measures include confronting the costly illegal migration routes and smoothing the legal channels.

Joining the High Representative for a press conference, AUC Chairperson Dr. Nkosazana Dlamini Zuma echoed the sentiment: “If people decide to leave Africa, we want it to be by choice not out of desperation.” 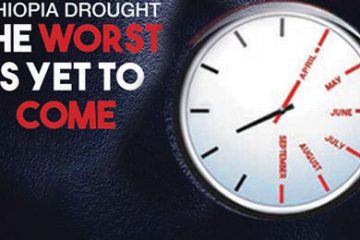