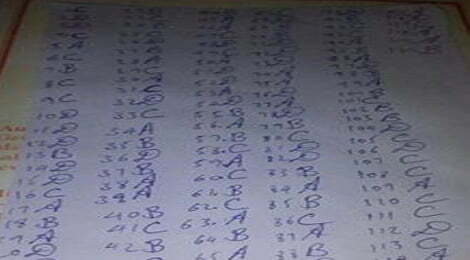 The Higher education entrance exam scheduled to take place as of Monday 30th May, has been cancelled by the Federal Ministry of Education (MoE) after the exam papers have been leaked ahead of time. The exams are taken by 12th graders in order to determine their entrance into tertiary education.

The MoE as well as the state owned Ethiopian Broadcasting Corporation (EBC) had initially denied claims of exam leakages running around social media and stated that they will proceed as per their schedule. However the ministry later said that it has confirmed the English paper code 12 has been leaked. And “after a cross check we have decided to terminate the whole exam since we had no evidence that the other exams were safe,” Shiferaw Shigute, Minister of MoE, reported state affiliated Fana BC reported. The ministry maintained that it has an alternative plan for the exams.

Students all over the country were seen returning home without taking the exams.

Many activists have been calling for the postponement of the exams as many high schools in the country’s largest regional state, Oromiya, have been closed for months in association with #Oromoprotests.

From control to demagoguery