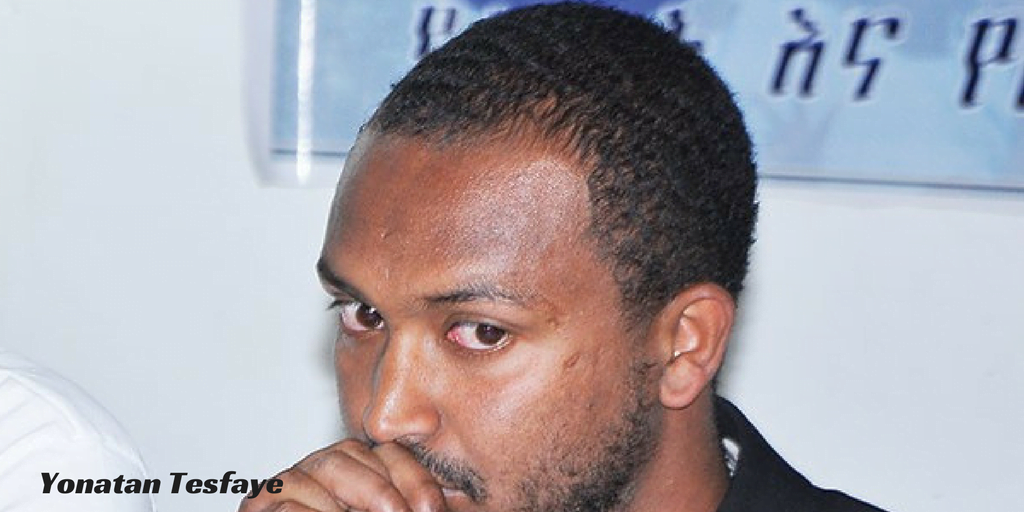 Addis Abeba, November 27/2017 – Ethiopia’s federal Supreme Court has today overruled a decision by the Federal High court fourth criminal bench and reduced the jail term of Yonatan Tesfaye, social media activist and former public relations head of the opposition Blue Party, to three years and six months only. After having been charged with terrorism, Yonatan is serving a jail term of six years and six months, which was handed to him by the federal high court on May 25, 2017.

However, his lawyer Shibiru Belete has appealed for the charges of terrorism to be downgraded to criminal charges. Accordingly, the Supreme Court has decided that the terrorism charges against Yonatan’s will be downgraded to criminal charges under article 257/A of  the 2004 criminal code.  The article deals with “provocation and preparation” by “word of mouth, images or writings” of crimes against the state of the constitutional order. By today’s ruling, Yonatan should be due for release soon. 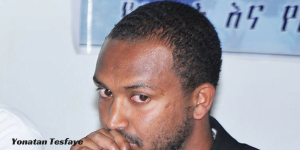 Yonatan was first arrested in December 2015, barely a month after the first wave of a year-long #Oromoprotests erupted.  He was held incommunicado during the pre-trial weeks and was subsequently charged in May 2016 under Ethiopia’s infamous anti-terrorism proclamation (ATP).

Since he was arrested, Yonatan has been defending the charges of ‘encouraging terrorism’, stipulated under article 6 of the country’s infamous ATP. The charges were largely drawn from his Facebook activism during last years’ nationwide anti-government protests. According to article six of the ATP, “Whosoever publishes or causes the publication of a statement that is likely to be understood by some or all of the members of the public to whom it is published as a direct or indirect encouragement or other inducements to them to the commission or preparation or instigation of an act of terrorism…” is an offense of terrorism punishable from ten to 20 years rigorous prison term in a federal prison.

In today’s decision the Supreme Court ruled that Yonata’s Facebook posts were not connected to any organization labeled by Ethiopia as ‘terrorist organization’, but have the potential to incite violence. The initial terrorism charge against Yonatan accused him of being a member of the Oromo Liberation Front (OLF).

during his lengthy trial, Yonatan had presented several defense witnesses, including prominent opposition party leaders from the Oromo Federalist Congress (OFC), Bekele Gerba and Dr. Merera Gudina, who are in jail at the time of their testimony fighting charges of terrorism and multiple criminal charges respectively, and journalist Eskendir Nega, who is serving 18 years in prison for terrorism-related charges.

In addition, Yonatan’s close friend Ephrem Tayachew, his father Tesfaye Regassa, and his sister Gedamnesh Tesfaye as well as academicians from the Addis Abeba University (AAU), including the outspoken philosopher Dr. Dagnachew Assefa and Dr. Yaqob Hailemariam have all appeared in court to testify in defense of Yonatan’s innocence. AS

Commentary -Transformation from within: hope or mirage? The OPDO-ANDM alliance and the prospect of reform