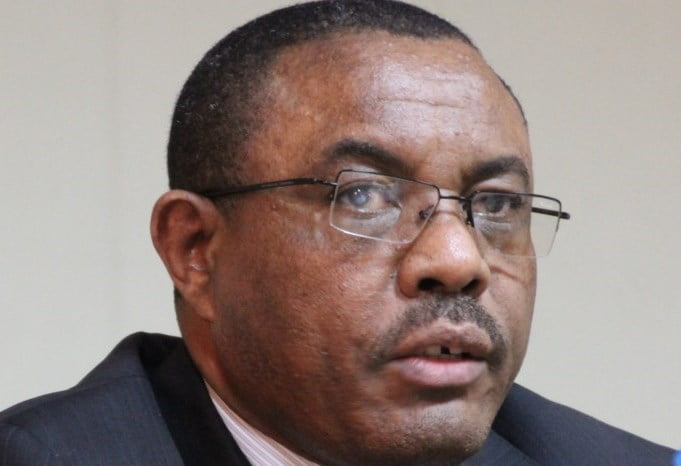 By Felix Horne, for Addis Standard

Addis Abeba, April 21, 217 – In February 2016, an 18-year-old student who I will call Tolessa and two friends took part in their first protest, in Oromia’s East Hararghe zone. As the crowd moved forward, they were met by a line of regional police, federal police and the army. Shortly thereafter and without warning, security forces fired live ammunition into the crowd hitting Tolessa four times. Miraculously he survived. But his two friends were not so lucky.

I first interviewed him in April 2016 for the Human Rights Watch June 2016 report on abuses during the first six months of the Oromo protests. Several days ago, Tolessa got in touch with me again to update me on his condition.

I spoke to him around the time that Ethiopia’s national Human Rights Commission submitted an oral report to parliament on the protests. This was the Commission’s second report to parliament, covering the protests between June and September in parts of Oromia, Amhara, and SNNPR regions. The Commission found that 669 people were killed, including 63 members of the security forces, and concluded—once again–that security forces had taken “proportionate measures in most areas.”

While many will focus on the death toll, the commission’s conclusion that the use of force was mostly proportionate and appropriate is in stark contrast to the descriptions of victims like Tolessa, and at odds with the findings of other independent investigators. At this stage the grounds for the commission’s conclusion are unclear, since no written report has yet been published.

In its first oral report to parliament, in June, the commission similarly concluded that the level of force used by federal security forces in Oromia was proportionate. The written version of this report was only made public this week, 10 months later. In the 92 page English version [134 pages in Amharic] there is no mention of security forces firing on protesters, mass arrests, torture in detention, or any one of a slew of other abuses that have been widely reported.

Instead, the commission largely describes violence committed by protesters as described to the commission members by local government officials, security forces, and elders. It parrots the government’s narrative, making many references to Oromo Liberation Front (OLF) involvement, but never provides any evidence for this allegation. It references interviews with detainees, but otherwise fails to describe the commission’s methodology, including how many protesters, victims, and witnesses its members interviewed.

It’s quite possible that many protesters and victims of security force abuses would not speak to the commission because of the widespread perception that it has no independence from the government. Independence is crucial for any successful national human rights commission, and the Ethiopian institution has failed to meet this bar for many years. I know first-hand that it is not difficult to find protesters willing to share their experiences.

Aside from the commission’s activities, there is no domestic scrutiny of security force abuses. The members of parliament are all from the ruling party and affiliates. The judiciary lacks independence on politically motivated cases. Various courts have consistently refused to investigate mounting allegations of torture from detainees. Harassment, prosecutions, and swathes of restrictions have stifled independent media and nongovernmental organizations. In this situation, the commission and other “independent” institutions like the ombudsmen could play a vital role in scrutinizing abuse by Ethiopia’s security forces, but they too are apparently hamstrung by government influence.

The government consistently tries to frame the protests as the result of lack of “good governance” and youth unemployment. Yet one of the most common slogans heard on the streets of Oromia and Amhara, particularly in the later months of the protests, was a call to respect human rights, stop shooting protesters, and stop imprisoning students. The patterns of abuse documented by several human rights groups in Oromia during various periods, including the 2005 pre-election period and between 2011-2014 are strikingly similar. In each case, the government ignored calls for independent investigations, denied the allegations, and claimed they were politically motivated. These longstanding patterns of abuse against those who challenge the government, committed with complete impunity, are key to understanding the levels of anger fueling protests in the streets of Oromia over the last 18 months. And Oromia isn’t the only place in Ethiopia that has experienced serious rights violations by security forces—sometimes repeatedly–without meaningful investigations.

In Gambella, Human Rights Watch documented possible crimes against humanity by the Ethiopian army in 2003 and 2004, including extrajudicial executions, rape, and torture. In the Somali Regional State (SRS), the Ethiopian military committed war crimes and possibly crimes against humanity between mid-2007 and 2008 during their counterinsurgency campaign against the Ogaden National Liberation Front (ONLF). The government-allied Liyu police have subsequently committed numerous extrajudicial killings, torture, rape, and other attacks on civilians in SRS. Instead of permitting independent investigators to come in, the Ethiopian government consistently shuts the door and insists that Ethiopian institutions, such as the Human Rights Commission, can do the job.

I asked Tolessa his view of the commission. He said it’s “just another arm of the government,” and noted that its head, Dr Addisu Gebregziabher, was previously chair of the National Electoral Board, another body with questionable independence. While the commission’s lack of independence is hardly newsworthy, it does underscore the need for independent, international scrutiny of Ethiopia’s rights record, especially given the government’s dubious claims that the commission’s investigations are credible. Prime Minister Hailemariam Desalegn reiterated this claim during an April 18 interview with the BBC, rejecting calls for a UN investigation into the protests by stating that Ethiopia is “an independent country that can investigate its own cases.” Yet these repeated refusals beg the question: if the security forces acted appropriately, then what is the government trying to hide?

Ethiopia is currently a member of both the United Nations Security Council and the United Nations Human Rights Council, which requires it to uphold the “highest standards of human rights.” Yet the government repeatedly rejects efforts to hold it to account, refusing entry to all UN special rapporteurs since 2007, except the Special Rapporteur on Eritrea. There are many outstanding requests from these UN monitors — on torture, freedom of opinion and expression, and peaceful assembly, among others. Recent calls by the United Nations top human rights official, the African Commission, the European parliament, and some members of United States Congress, for international investigations have all been dismissed. The government also avoids judicial scrutiny at the highest level as it is not a member of the International Criminal Court (ICC).

Ethiopia is certainly not alone in disliking international scrutiny of its rights record, yet many countries recognize that there are benefits to cooperation, particularly if there is genuine commitment to transparency, accountability, and improving human rights. Ethiopia’s continuous refusals call into question all of these commitments, instead making clear that it is not willing to stop using excessive force against protesters or torturing dissenters into silence.

Human Rights Watch research in many countries has demonstrated that a decision to ignore atrocities and reinforce a culture of impunity carries a high price, and merely encourages future abuses, which should concern investors, diplomats, and others concerned about the long-term stability of Ethiopia following almost 18 months of bloody turmoil. An international investigation would be a first important step in ending Ethiopia’s culture of impunity and would send a powerful and overdue message to the Ethiopian government that its security forces cannot shoot and kill peaceful protesters with impunity. And it would send an important message to victims like Tolessa that their pleas for justice are being heard. AS