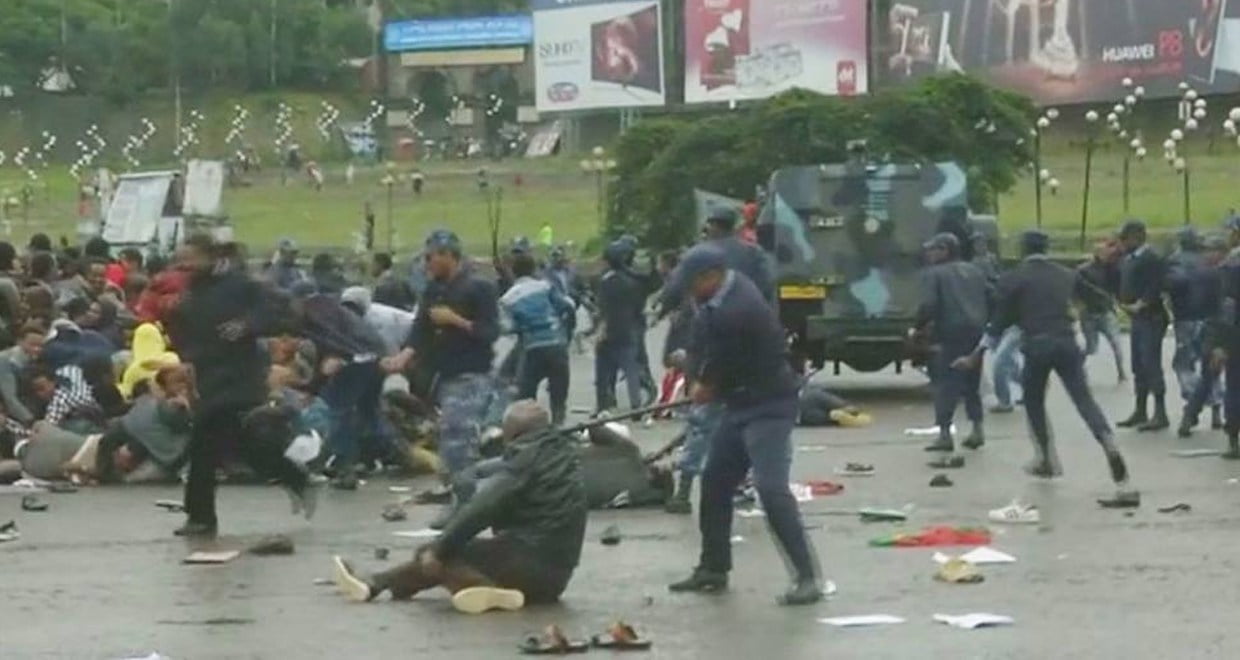 Addis Abeba, April 18/2017 – Shortly after Ethiopia’s Prime Minister Hailemariam Desalegn spoke to the BBC rejecting the need for a UN inquiry, the Ethiopian Human Rights Commission, (EHRC), a government body tasked to investigate recent anti-government protests that rocked Ethiopia, said a total of 669 Ethiopians were killed during recent protests. But the rights commission said that although the protesters in almost all parts of Oromia, in major parts of Amhara as well as some parts of the southern regional states were driven by legitimate grievances, security measures that resulted in the death of hundreds of civilian protesters were mostly proportional.  EHRC said there were precedents, though rare, where security forces have used excessive force to deal with protesters.

According to Dr. Addisu, EHRC’s findings were based on its investigations of incidents in 91 cities of 15 zones in Oromia regional state, 55 different Woredas, small administrative units, in five zones of the Amhara regional state and six towns in Gedio zone of the Southern Nations, Nationalities and People’s Region (SNNPR).

In a report presented to the national parliament this morning, EHRC head Dr. Addisu Gebregziabher said that in Oromia regional state alone, which was the epicenter of the protest, a total of 495 Ethiopians, including 36 security officers, were killed and 464 were wounded during the anti-government protests that began in late 2015 well into 2016.

This number, however, shows a stark difference with reports from other rights organizations such as the HRW, which reported the deaths of more than 400 protesters already in June 2016, and social media activists who have been documenting police brutalities during the protests. The report is the second of its kind since the advent of the protests, and this is the second time the rights commission declared security measures to be mostly “proportional”. The commission has not made the first report available to the general public, yet, and it is not clear if its latest report could be made available. 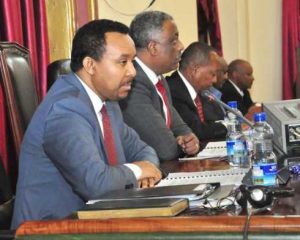 Of the incidents in Oromia, in which the rights commission blamed security officials for their excessive use of forces are the deaths of 38 and the injuries of 68 civilians in Awodai, a bustling city in eastern Ethiopia, and Dedessa, some 400 km west of the capital Addis Abeba, as well 14 civilians in Adami Tulu, some 200 km south of Addis Abeba. Dr. Addisu called for legal actions to be taken against those who were responsible.

However, the commission said security measures taken during the protests, particularly the ones in West Arsi and Borana zones, in which heavy numbers of casualties were reported, were proportional. Regarding the controversial accounts of the mass death of civilians during the Ireechaa festivities on Oct. 02, 2016, the commission absolved security forces of any responsibility during the incident in which unknown numbers of civilians lost their lives due to panic-provoked stampede, but it said they [security officials] have failed to put the post Ireechaa fierce protests that resulted in the declaration of the current state of emergency under control.

Dr. Addisu also said responsible city officials and officials of the regional state should be brought to justice for failing to have stopped the festival prior to the event. EHRC blamed OMN, a foreign-based media organizations which is currently facing terrorism charges, for fueling the arrest that led to the incident during the festival. It also blamed OMN, Oromo Federalist Congress, (OFC), a legally registered opposition party, and Oromo Liberation Front (OLF), which is designated as a terrorist organization, for calling protests in July and August 2016,

Regarding the protests in the Amhara regional state in northern Ethiopia, where protests began on July 12, 2016, EHRC said a total 140 people were killed, of whom 30 were security officials. The report also said 236 civilians and 100 security officers were injured. EHRC blamed protesters for staging unauthorized protests that included the burning flags.  It also blamed ESAT, another foreign-based media which is also facing terrorism charges along with OMN, for fueling the protest in Amhara regional state.

It further said security measures taken on July 25, 2016, during a protest in Gondar, a historic city in the North and one of the epicenters of the protest, were proportional. Several accounts say more than a dozen civilians were killed at the protest.  EHRC also said security measures taken in the towns of Jigana, Libo Kemekem as well as measures taken to contain a prison riot in Bahir Dar, the capital of the region, were proportional. However, the commission called for those responsible in the deaths and injuries of civilians in Dembia, Debark, Debre Tabor, Dangila, Wogera, Ibnat, and Smada woredas to be brought to justice.

Between July 12th and 14th more than a dozen people were killed in a protest in Gondar, northern Ethiopia, that followed a raid by heavily armed federal security forces, including the Anti-Terrorism special force, targeting members of the Wolkayit community who have been protesting against the federal government’s decision to incorporate the area where the community lives into the Tigray regional state. The Wolkayit community members also reject the idea of them being ethnically considered as Tigrayan and want to identify themselves as Amhara. Please see background story here.

In previously little-reported protests in Gedio Zone of the Southern regional state, the rights commission said that 34 civilians were killed and 139 were injured. The commission said protests, which were provoked due to lack of good governance and justice, the protests were illegal and have taken an ethnic dimension, which the regional government should have, together with the federal government, placed under control.

The commission said officials of the Gedio zone administration, police officers and members of the Gedio People Democratic Organization, a little-known opposition party, should be held responsible.

In general, the report admitted 669 people were killed and close to 1000 individuals were injured during the protests, which appear to subside following the declaration for six months of the current state of emergency on Oct. o8, which was recently extended by four more months.

In October 2016, Prime Minister Hailemariam Desalegn admitted the number of deaths to be above 500. AS