Pesticides are chemicals used for the elimination and control of pests that damage crops and produce.

These chemicals are sprayed on plants in the field and their use has made it possible to have a good selection of food crops all year round. Although pesticides are used to harm only the target pest they can also harm people and the environment. Infact residues from pesticides are part of most of our meals today as they are present on the skin of most of the fruits and vegetables we buy at the grocery. The use of pesticides in food production and the fact that certain foods do contain residues of these chemicals is of vital importance to today’s food safety concerns.

Just how dangerous pesticides are

Exposure to pesticides may have an adverse effect on health, both acute and chronic. These effects may vary from a mere skin irritation to serious problems such as behavioral disorders, developmental disorders, cancer, immunotoxicity, reproductive problems, nervous system disorders and birth defects.  Highly vulnerable groups include children and pregnant /lactating women but regardless of individual sensitivities, people whose exposure is highest are the ones susceptible to diseases caused by pesticides.

Exposure to pesticides may occur through breathing air containing pesticide particles, ingestion of contaminated food or drink and through contact with skin and eyes. The longer or more often a person is exposed to a given amount of a pesticide, the greater the chance of harm. Infact as with all toxic substances, side effects depend on the how much, how long and how a certain person has been exposed to the chemicals and of course the sensitivity of the individual to the toxin and the toxicity level of the given pesticide. But regardless of many literatures on the possible adverse health effects occurring from dietary exposures to pesticides, researches still need to be done on the toxicological effect of these chemicals.

Most common foods with pesticides

Foods that are likely to have a higher concentration of pesticide residues are strawberries, peaches, pears, grapes, apples, potatoes, spinach, and celery among others. On the other hand fruits such as avocado, papaya, banana, mango, pineapples, onions and sweet corns tend to have a lower concentration. Pealed fruits or vegetables are safer compared to those eaten with the skin.

How to reduce exposure

Now the big question is how can we limit our pesticide intake from food? One option would be consuming organic foods as they do not contain pesticides or some other harmful chemicals. Another option would be to wash fruits and vegetables thoroughly under cold running water to remove pesticides. Just a quick rinse won’t do.

Peeling fruits, trimming fat from meats (some pesticides accumulate in the fat tissue in animals), cooking also helps in reducing the amount of pesticides that get into our body. Of course this does not guarantee the 100% elimination of the chemicals but it can help. Another important tip would be to consume a variety of fruits and vegetables as specific pesticides are used for specific plants and by eating different varieties of food crops will minimize frequent exposure to a particular pesticide residue.

The ICC and Ethiopia - Still missing from the Statute 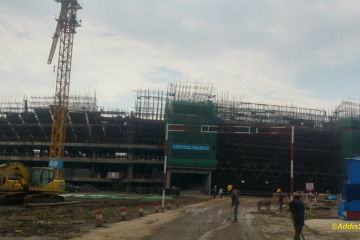