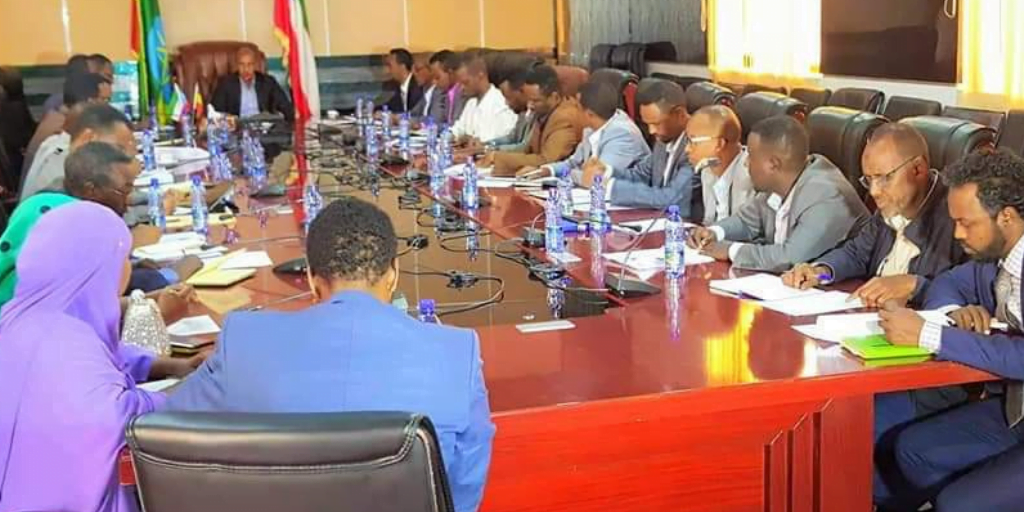 Addis Abeba, May 04/2019 – In an extraordinary meeting it held on May 03 in Jigjiga city, the cabinet of Somali Regional State unilaterally withdrew from a 2014 agreement transfering three twons to Afar regional state and nullified the agreement.

It also said it was bolstering “the security and the stability of border areas without crossing the Somali Administrative border.” However, it is not clear if Somali region security forces have moved into the three Kebeles. Addis Standard has requested for clarifications and is waiting for official response.

According to a federal security official, who spoke with Addis Standard on conditions of anonymity, “the three towns are already in the hands of the Federal Military. Afar Liyu Police has been withdrawn after clashes with local Population about three months’s ago. [The Somali regional state forces] will not move into the three towns.”

In a resolution the Somali regional state Cabinet issued late last night the regional state’s cabinet also said: “the regional cabinet has unanimously agreed that the illegal agreement that has transferred the three towns of Garba-Issa, Undufo and Adeytu to the Afar Regional State is an agreement that has no base under the federal constitution while at the same time lacking the will of the same people impacted by the decisions under consideration coupled with a dangerous set of coercion tactics and bad faith as engineered by contrabandists under the cover of Afar Regional state.”

The 2014 agreement three Kebelles which were previously under Somali regional state to Afar regional state. They are: Candhayto, Candhufto & Garbo-Ciise.

The decision by the cabinet came in the immediate wake of reported killings of eleven Somali pastoralists by what witnesses said were members of the Afar regional state special forces. An accusation confirmed by Somali region deputy president Mustafa Omer.

The killings happened deep inside Sitti zone of Somali region not in the disputed three towns, prompting the Somali regional state to deploy its forces to the border areas affected by the conflict with “strict instructions that our forces do not cross into Afar Region territories but protect Somali civilians in the border areas.” Mohamed Olad, communication advisor of President Mustefa Omer told Addis Standard. “We seek a peaceful resolution to the unconstitutional transfer of the three towns (fully inhabited by Somalis who do not want to be under Afar Region) — an illegal, immoral and illogical decision imposed on Somalis by contrabandists who wanted to sow discord between the brotherly Somali and Afar People.”

It is to be recalled that an interest group of federal and regional contrabandists have transferred the three Somali towns of Garba-Issa, Undhufo, and Adeytu to the Afar Regional Administration in an agreement between the two regions that has no constitutional basis to it.

After a long discussion, the Somali Regional Executive Council (the cabinet) has underscored the importance of ensuring that the Somali people under Afari administration get their full set of rights as well as ensuring their safety and security until such point that there is an Afari government that is committed to justice as well as upholding the federal constitution. On the other hand, the regional government registered a formal written complaint with the federal government to ensure the socio-economic as well as political rights of Somalis in the said three towns that were illegally transferred to the Afar Regional administration. In the interest of providing proper context to the issues discussed here; the following terms were included in the agreement signed between the two regional governments on 02/04/2007 E.C.:

However, though relative peace has prevailed over the areas that include the said three towns and their surroundings, the Afar Regional government has failed to respect it’s part of the bargain. Aside from the lack of respect for the human and constitutional rights of the Somali ethnic people under its rule, the Afari government subjected the Somali people in the said area with recurring massacres and displacements. In addition to that, the Afari Liyu police has raided countless times in to the Somali side of the border and have committed killings, bodily injury, and displacement of countless innocent Somali civilians in the areas that lie the Somali-Afar border. It is worthy mentioning that the Afari Liyu Police, in tandem with Afar rebels active in the area as well as anti-change elements and rent-seekers, have undertaken a massacre in Madane Kebele of Ma’eyso Woreda of the Somali Region. Also, they illegally abducted humanitarian staff workers for the Save the Children while they were in the midst of their mission in Danlahelay Kebele of Afdem Woreda in the Somali region are still languishing in Afari jails.

On the other hand, since at the onset of the current democratic transition in the region, the Somali regional government is committed to finding a fundamental political solution to the constitutional questions raised by ethnic Somalis in the areas that were illegally put under Afari rule that has a constitutional base to it and at the same time strengthen the peaceful and neighborly coexistence of the two brotherly Nations. However, the Afar Regional government has yet to give proper answers to these fundamental questions. On equal terms, the federal government has failed in ensuring the safety of its citizens living in and around Somali-Afar border areas.

So, it has become important that the Somali Regional Government Cabinet evaluates the socio-economic as well as the security conditions of the people living in Afdem, Gablalu and Ma’eyso Woredas in addition to appraising the implementation, or the lack there of, of the binding agreement between the two regions. After a long discussion, the SRS cabinet has unanimously adopted the following resolutions: