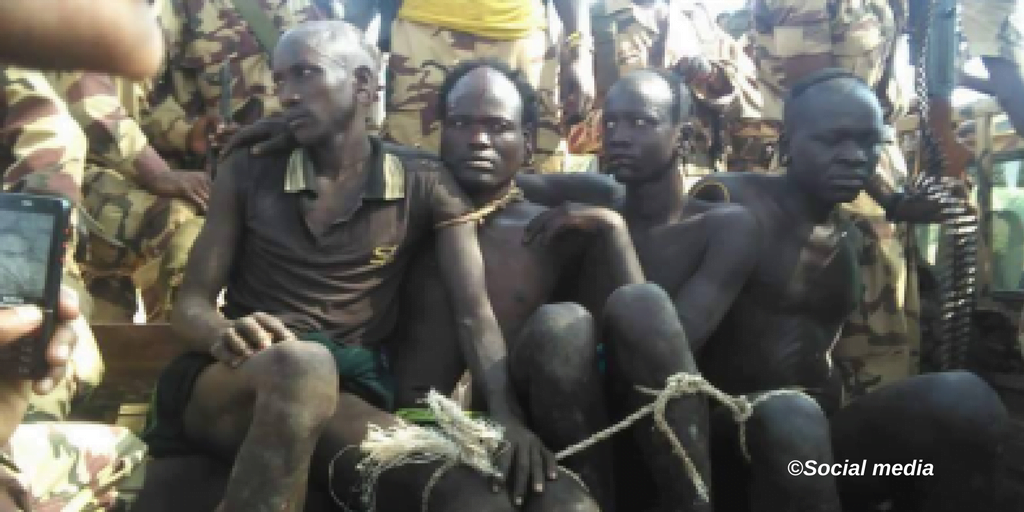 Addis Abeba, December 12/2017 – In an opinion piece published on a previous issue of Addis Standard, Hewan Semon proposed a conversation on the decolonization of Ethiopian studies. As much as I would have liked to take this conversation into my areas of interest (human rights, democracy and the modern Ethiopian/African state) I will stay closer to Hewan’s framing for now. I will only ask further questions, raise some concerns and bring up one critique hoping to spur conversations into my fields of interest.

Colonialism: in the Rearview Mirror?

As an outsider to Ethiopian studies reading a critical take on the field, my first question was whether we needed the field in the first place. Hewan’s call for decolonization suggests that Ethiopian studies, or African studies in general, have and still are growing on colonial roots. Rather than grafting Ethiopian branches on the field, wouldn’t it make sense to simply find other, for example thematic, ways of organizing the study of Ethiopia?

The author’s protest against colonial scholarship is that it constructs Africans in simplified and caricatured ways that make colonization palatable or even necessary. One could assume that such a gross misrepresentation of Africans/Ethiopians did not occur merely due to methodological errors. The colonial roots of Ethiopian/African studies, in all probability, emerged from a complex set of corporate, military, academic and bureaucratic interests that found, sustain and benefit from the systematic and by no means inexpensive study of Ethiopia/Africa. Given how the author expresses frustration over Ethiopian studies taking place in English and French, because scholars would not find (foreign!) funding if they used local languages, the question remains as to whether the field is still a foreign endeavor to study Ethiopia.

More follow-up questions arise when you open up the topic of decolonization beyond the humanities and social sciences. The article alludes to how Ethiopians uncritically jumped on the [colonial] bandwagons of modernization, human rights, ethnicity, development and nationalism. One could ask whether, or to what extent, any of these should also be decolonized.

Agreeing on decolonization is easier when its agents are constructed in opposition to a colonizer other. The dichotomy creates an impression that there is a cohesive ‘us’ that transcends our ethnic/national, gender, sexual(ity), religious, and class  differences, among others. Yet, one starts running into all sorts of problems when one takes the colonizer other out of the equation. These problems run through the genesis of Ethiopia, through its conception as a never-colonized polity, through contemporary politics and certainly through the construction of education and knowledge.

There already exists a rich tradition of deconstructing Ethiopia and challenging the cohesiveness of the uncolonized-self using notions of ‘domestic’ or ‘native’ colonialism or settler colonialism spanning back into the 1970s if not earlier. The author is not oblivious to this and does ask how we should deal with ‘dominance of Amharic in Ethiopian-produced literature.’ But if we sat a little more on this problem we will find that Ethiopia, including its historiography and the discipline of Ethiopian studies itself, can attract considerable debate. These debates require cognizance right from the start of any ‘decolonization’ project. It may be our generation’s task to abandon the prevailing hegemonic and/or polemical debates and start new conversations.

The ‘never colonized’ narrative can create a number of additional risks in excluding and subordinating Ethiopia’s periphery. For instance, does defining Ethiopia as ‘the single non-colonized sovereign country’ diminish Ethiopia’s non-state societies or societies that have been colonized (such as the Harari, Oromo and Somali populations effectively colonized by Egypt)? Does it privilege and perpetuate a colonial Westphalian legacy by imposing colonial borders especially on communities that move between Ethiopia and former colonial territories? How does the narrative portray the large number of Ethiopian groups that supported Western colonial occupation of Ethiopia? And finally, does the list of Ethiopia’s anti-colonial heroes include Somalis or Muslims such as Sayid Mahammad ‘Abdille Hasan (‘the Mad Mullah’) or Ahmed Gurey (Ahmed the left-handed)?

Although I would have liked to end with a generic warning about how those taking up the mantle of decolonization ought to be critically aware their subject positions, I found the author’s casual homage to ‘Ethiopian renaissance’, a tendency that is not unique to her, needing some critique. Proposing the current praxis of developmentalism, one of the two pillars of Ethiopian renaissance, as a discursive tool for decolonization should raise serious concerns over sanctimoniousness and self-interest. The post-2005 nationalistic (or what one colleague calls ‘post-ethnic’) notions in Ethiopian renaissance discourse can no doubt lend support to the proposed decolonization. However, we cannot ignore that the renaissance narrative is designed to legitimize exploitative power-relations making it an extremely problematic ally. To make this point, I will go out on a limb and analogize the application of developmentalism on indigenous groups with colonialism. 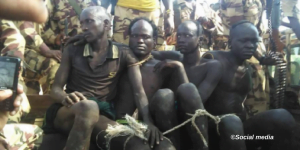 The whole idea of the renaissance stands on the construction of Ethiopians as poor and backward to a point where their salvation through the ‘war on poverty’ becomes their raison d’etre. Indigenous peoples are additionally constructed as ‘backward in terms of civilization’ by Ethiopia’s late Prime Minister, Meles Zenawi; as ‘primitive’ and ‘naked’ by party stalwart Abay Tsehaye; and as ‘black groups’, ‘Shankilla’, ‘Bariya’ (i.e. slave) and ‘non-people’ by local officials and ‘highlanders’. The racist notion of terra nullius finds its ethnicist equivalent in Ethiopia’s characterization of indigenous land as ‘unused’, ‘vacant’, or ‘barren’. These ethnicist constructs make it easy to justify an explicit policy of forcing indigenous groups to abandon their ‘unsustainable’, ‘backward’ and ‘unsatisfactory’ ways of life and in the process expropriating their lands, forcefully relocating hundreds of thousands of them, and giving their land to foreign investors and resettled ‘highlanders’. The trustee-like role the central government has assumed over indigenous peoples and its heavy reliance on massive rights violations including numerous massacres to curb their resistance to its mission of ‘salvation’ evoke and deserve a colonial analogy.

Overall, the forced marketization of indigenous peoples’ resources, bodies, minds and ancestral lands, so that they can be plugged into the global neoliberal market, has obvious parallels in the colonial experience. Even if one were to cringe at the colonial analogy, one has to at least admit that renaissance discourse perpetuates the neoliberal/neocolonial global order. A willingness to casually take up Ethiopian renaissance as the ideological basis of decolonizing Ethiopian knowledge comes at the risk of legitimizing and reinforcing another yet equally detestable type of hegemony. AS