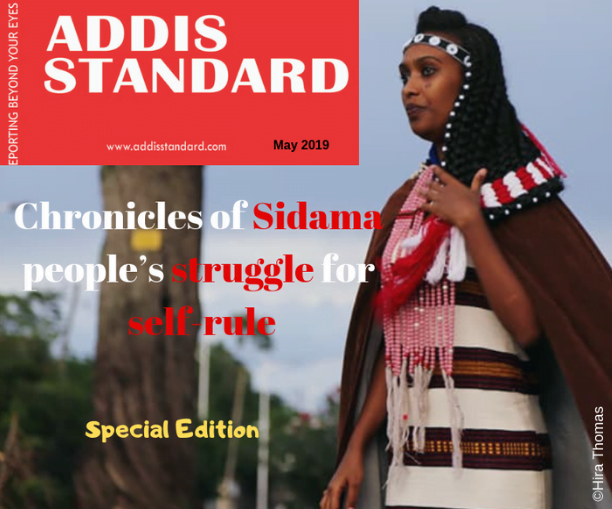 Special Edition: Chronicles of Sidama people’s struggle for self rule

A brief political history of Sidama Nation for self-rule

Addis Abeba, May 29/2030 – The quest of Sidama statehood has become a point of discussion in the political arena of Ethiopia. Notwithstanding to its long political and military struggle for self-rule, many people in the capital city Addis Abeba, including prominent politicians and academicians, think that the Sidamas’ quest for self-rule is a recent phenomenon and presented after Abiy Ahmed (PhD) came to power. For instance, many people have not heard about the armed struggle of the Sidamas against the Derg regime, which was “one of the top secrets of the Derg regime” (Human Rights Watch, 1991:86). The armed struggle of the Sidama Liberation Movement (SLM) for self-rule was one of the top five armed struggles launched by the EPLF, TPLF, OLF and ONLF against the Socialist-Dictatorship of the Derg regime. The SLM was active in its armed struggle for over a decade and the Sidamas sacrificed more than 10,000 men in different battle fields in Sidama region. In recent past, for example, a similar quest for statehood was presented by the Sidama zone council in September 2005. However, the response was a political one not a constitutional by then. Many Sidama elites and scholars were imprisoned and forced to exile for not accepting this political “decision”.

In this short essay, I present some historical events in the political struggle of the Sidama Nation for self-rule in a chronological order. The facts are compiled from local and international sources. However, I admit that this is not a complete chronological list. The aim of this essay is twofold: to acquaint readers with the political history of the Sidamas for self-rule and to initiate historians and young academics to conduct a thorough study in the armed struggle of the Sidamas. Hence, I believe this essay to serve as a stepping stone to document historical events in this regard. The dates are in Gregorian calendar for events from international sources, such as the Human Rights Watch reports. For some events, Ethiopian dates are included in brackets. The chronological lists are presented under four sections: Prior to Italian occupation, Haile Selassie I regime, Derg regime and post 1991.

I) The political Struggle of the Sidama Nation before 1941

III) The political Struggle of the Sidama Nation between 1974-1991

IV) The political Struggle of the Sidama Nation in post1991 period

Editor’s Note: Shiferaw Muleta (PhD) is from Addis Abeba University (AAU) College of Development Studies. He can be reached at shiferaw.muleta@aau.edu.et

Ethiopia: Information on the Sidama Liberation Movement (SLM), including history, goals, and methods; whether the group uses violence and has participated in armed conflict.

News: EU adopts close to €100 m to support Horn of Africa's most vulnerable people, including in Ethiopia

News:UNHCR evacuates vulnerable refugees including Ethiopians out of Libya