Vermont Senator Bernie Sanders is forcing Mrs. Clinton to adjust her strategy. Her coronation as the Democratic nominee seems less pretentious and entitled; Mr. Sanders is making her work for it and that is positive for Democrats. It also gives Mrs. Clinton a much better opportunity to sell herself to Democrats and general election voters; she should take that opening, given her unpopularity among both, writes our US correspondent Tomas Mega

One year ago, a seventy-four year old self-proclaimed Democratic Socialist from a state known more for producing maple syrup than national politicians would not be a worry to Hillary Clinton’s Presidential aspirations. Yet, here we are, and Vermont Senator Bernie Sanders is giving Mrs. Clinton and her supporters a headache.

It’s not as if Mrs. Clinton had nothing to worry about. She isn’t that popular with many Democrats. Polls indicate that the majority who were asked about her trustworthiness say she’s not. There still is the possibility of an indictment over her injudicious use of a personal email server while she was Secretary of State and she told her daughter that the attack at Benghazi that killed U.S. Ambassador Chris Stevens was terrorist related, while telling the families of the victims it wasn’t. Then there is all that money coming to the Clinton Foundation from foreign governments that have less than admired history regarding women’s issues she likes to champion.

It seems many Democrats are suffering from “Hillary fatigue,” and Mr. Sanders, with all of his fantastical socialist propositions, has them saying “Bernie!, Bernie!” So much so that Mrs. Clinton took a drubbing in the New Hampshire primary, finishing with just 38% of the vote to Mr. Sanders 60%. She did go on to win the Nevada Caucus, the South Carolina primary and seven states in the “super-Tuesday” primaries, but many of those ‘super-Tuesday’ states were in the South, where she enjoys overwhelming African-American support. Mr. Sanders isn’t well known in the African-American community and Vermont is one of the least diverse states in America, with a 96% white population.

Mr. Sanders did win four states on ‘super-Tuesday’ and narrowly lost in Massachusetts. He won his home state of Vermont with 86% of the vote and did surprisingly well in Minnesota, winning 62% of the vote, and Colorado, with 59%. He also beat Mrs. Clinton in Oklahoma.

Mr. Sanders is forcing Mrs. Clinton to adjust her strategy. Her coronation as the Democratic nominee seems less pretentious and entitled; Mr. Sanders is making her work for it and that is positive for Democrats. It gives Mrs. Clinton a much better opportunity to sell herself to Democrats and general election voters. She should take that opening, given her unpopularity among both.

Perhaps most unforeseen is Mr. Sanders fame among voters aged eighteen to twenty-nine. The unexpected appeal of an obscure septuagenarian white male from one of America’s smallest, ‘white’ states has to leave supporters of Mrs. Clinton scratching their heads. Dig deeper and you find that Mr. Sanders is also popular among young women voters. That group doesn’t worry much about electing America’s first woman President; research indicates that twenty-something women voters agree that they will see a woman President in their lifetime, and it doesn’t have to be Mrs. Clinton. As one young woman voter said, “it’s about the best candidate, and Clinton has so much baggage.”

Young women voters were recently scolded by seventy-eight year old former Secretary of State Madeline Albright when she stated: “A lot of you younger women think it’s done. It’s not done. There’s a special place in hell for women who don’t help each other.” The comment backfired. Young women saw it as condescending. Albright’s comments were interpreted as telling young women not to use their brains and don’t listen to issues; just vote your gender.

Mr. Sanders received a high profile endorsement when thirty-four year old Democratic Congresswoman Tulsi Gabbard, a member of the House Armed Services Committee, left her position as the Vice Chair of the Democratic National Committee so she could endorse Mr. Sanders. Ms. Gabbard is a decorated Iraq war veteran and holds the rank of Major in the Army National Guard. In making the decision to step down as Vice Chair, she acknowledged the personal risk in upsetting the Clinton establishment, but believes Mr. Sanders is the better candidate.

Whatever future success Mr. Sanders enjoys in the primaries, it is not likely he will score enough delegates to present a credible challenge to Mrs. Clinton. That’s good news for Democrats because Mr. Sanders would be hard-pressed to win a general election, regardless of who the Republican candidate is. Extreme policy proposals as free public university education play to a populous tone, but the colossal tax burden of that and other Sanders schemes won’t contend in an America dominated by conservative politics. It’s not that Mr. Sanders doesn’t have a message that appeals to many voters, but imagining his victory in a general election is another matter. There is no denying America’s shift to the political right. Republicans hold thirty-one state governorships, and control thirty State Legislatures. Mr. Sanders could win largely Democratic California in a general election, but winning Republican dominated states with big electoral numbers is improbable, as are wins in Southern and Western states.

For now, Mr. Sanders has assured supporters he’d take his fight to all of the remaining primary contests. With a whopping $42 million raised in February, he has the campaign cash to persevere. Still, if Mr. Sanders were to become President, he would need a seismic power shift in the U.S. Senate and House of Representatives, where Republicans reign, to have even the smallest glimmer of hope in seeing his most benign policy ideas become a reality. Without a Democratic majority in at least one of the houses of Congress, his Presidency would be in paralysis and the gridlock that Americans say they hate would be worse than ever. 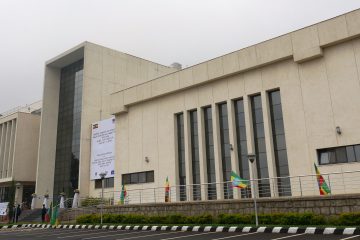