Addis Abeba, July 02/2018 – Ibrahim Usman, Mayor of Dire Dawa city, a chartered city in the eastern part of Ethiopia, told the local media today that as a result of deteriorating security, the city council has decided to establish a “security command post” to patrol the city and its environs in all four directions.

Led by the Dire Dawa city administration police, the security command post involves the national defense force and the federal police and it will be responsible to patrol all the nine Kebeles of the chartered city & will have four different divisions, according to the mayor.  Accordingly, the mayor said the first division of the command post is tasked to patrol Kebeles 07, 08 and 09; division two in charge of kebeles 03, 04, 05, 06; division three will patrol Kebele 02, which is the largest area within the city; and division four will be in charge of Kebele 01 and the areas covering the industry park in the city and the new rail way station. The command post will be functioning within the limit of the law but will have increased monitoring and paroling of the city.

Ibrahim added that as of late there were increased attempts from various interest groups to exploit the ethnic and religious diversity of Dire Dawa. Messages printed on pamphlets and circulating on various social media; messages carrying ethnically sensitive contents and messages calling on attacks against different ethnic groups, as well as message calling for land grabs and displacements certain ethnic groups are widely circulating in the city and its environs.

“We have noticed that there are increased attempts to agitate the youth to instigate ethnic violence using Dire Dawa’s tender spots,” the Mayor said, He referred to foiled attempts yesterday to instigating such violence in the city by groups who are distributing cash and other rewards to fulfill their agenda, he said . He also said different youth groups are stoking traditional weapons such as machetes in order spread terror on civilians. “These are attempts to derail the ongoing reform in the country”, Ibrahim said and cautioned the public to take extra care to safeguard themselves and different communities within the city. AS

Oped: The Economics of elite bargain in Ethiopia: Can It Be Inclusive? 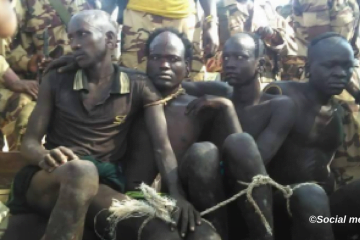