Others consider the relationship less a matter of exploitation than a simple function of capitalism’s free-market principles, according to which those without a strong negotiating position must accept tough terms. Still others hold a more benign view: Sino-African relations constitute a partnership, in line with the New Partnership of Africa’s Development, a pan-African organization that seeks to empower African states in their international relations.

Who is right? Any assessment must address several common accusations about Sino-African relations.

The first is that China’s trade-and-aid strategy targets only states with abundant natural resources and weak – and thus easily influenced – governments. This assertion does not withstand scrutiny. China supports almost all Sub-Saharan African states (except those that do not accept China’s “One China” policy and continue, for example, to recognize Taiwan as an independent country). Indeed, China is no more interested in the continent’s natural resources than are firms from any developed country.

Another widespread claim is that Chinese companies prefer to employ their own nationals rather than locals. This is a serious accusation, given that one of the big attractions of foreign direct investment is local job creation. But Chinese firms say that few local workers have the necessary skills; if they do, African governments can dictate some employment terms, including the proportion of local recruits on a project, as the Democratic Republic of Congo and Angola have done.

Critics have also highlighted the poor living conditions provided for Chinese workers, especially when compared to those offered to Western expatriates. Again, this seems unfair, as Western employees tend to be hired for senior managerial or technical posts, which are more difficult and more expensive to fill.

One must also recognize that low labor costs are an essential component of China’s competitive advantage. Along with tighter margins, low-cost financing, and cheaper materials, this allows Chinese firms to compete for projects with tenders for as little as half the price sought by their Western competitors.

Skeptics might add that China’s cost advantage also includes circumventing environmental and social regulations. But this point appears to be based more on anecdotes than serious research. And Western multinationals are hardly immune from charges of such abuses in Africa (often stretching back many years). Insofar as some Chinese firms do lag behind Western standards, they are becoming increasingly sensitive to foreign criticism and are learning fast.

Finally, there is the argument that Chinese FDI fails to transfer technologies and skills to local businesses – what economists refer to as “positive spillovers.” These can occur, for example, by bringing local businesses into supply chains, or by working with local experts on research and development.

Such spillovers require the investor to be closely integrated into the local economy. China’s manufacturing investments, however, are often located in industrial parks or special economic zones (SEZs). Such arrangements protect the investor from an unstable business environment, but they can also cut investors off from indigenous businesses; and when SEZs offer investors special tax breaks, the country is deprived of potential revenues.

Five SEZs were established in African markets in 2006, and five more were planned the following year. Yet research on the impact of Chinese investment in Africa’s SEZs suggests that ties to local enterprises have been numerous and positive, and that they contribute to broader industrialization of the host economy.

Overall, there is little hard evidence to support a malign view of China’s investments in Africa. Certainly, more can be done to strengthen institutions and ensure sustainable resource management. Moreover, African governments could match China’s “Africa policy” with their own “China policy.” This could encourage investment in a range of higher-value-added sectors, promote positive spillovers, and minimize adverse effects. Only with a long-term strategy can host governments ensure that Chinese (and other) investments become a tool of development, not just a means of generating short-term profit.

Simplice Asongu is Lead Economist in the research department of the African Governance and Development Institute. This article was exclusively provided to Addis Standard by Project Syndicate. 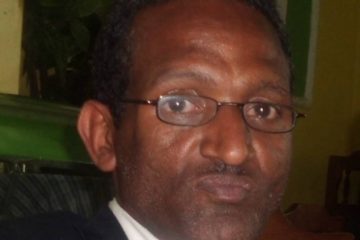