Tomas Mega, our U.S. correspondent from Las Vegas, Nevada, learns what it means to wake up to his now invalid insurance policy, which was changed against his will

His name is Jonathan Gruber and he seems to be a very smart man. He works at one of the most exalted universities in America; the Massachusetts Institute of Technology (MIT). Heretofore unknown by Americans, his name is now on the prickly tipped tongues of conservatives who have cast him as the new bogeyman of Obamacare. In a recently surfaced year old video, Mr. Gruber credits “the stupidity of the American voter” for the passage of Obamacare, known as the Affordable Care Act. He also implied that Obamacare was a re-distribution of wealth, because “if you had a law which…made explicit that healthy people pay in and sick people get money, it would not have passed.”

Mr. Gruber’s comments are significant because he is credited as being one of the intellectual architects of the 2006 Massachusetts healthcare law (RomneyCare), which became the foundation for Obamacare. Gruber went on to serve as a highly influential consultant for President Obama on the design of the Affordable Care Act. Not surprisingly, during the 2012 Presidential election, Republican nominee Mitt Romney denied that, as governor of Massachusetts, his RomneyCare was anything like Obamacare. Now, in the aftermath of Mr. Gruber’s toxic remarks, Republicans are branding him as one of the ‘architects’ of Obamacare.

Horrifying for liberals, Mr. Gruber’s remarks didn’t end there. Commenting on whether Obamacare would save money, he states that saving money was “sometimes a misleading motivator for the Affordable Care Act. The law isn’t designed to save money. It’s designed to improve health, and that’s going to cost money.” Supporters of Obamacare have always believed it would save money.

To many, including me, the supposition behind Obamacare seemed plausible. Too many Americans were without health insurance and something really needed to be done. Everything the insurers did was stacked against consumers, costs were escalating at an unsustainable rate and there was Obama’s now infamous lie that if you liked your old policy, you could keep it. The early rhetoric of Obamacare supporters sounded promising, so why not give it a try?
Then the muddle began. As the Affordable Care Act was unveiled, it was so complicated and incomprehensible that Nancy Pelosi, then the Democratic Speaker of the House of Representatives, quipped: “We have to pass it so that you can find out what’s in it.” It was at that point that I should have known better. I can only attribute my altruism and belief that this was the right thing to do that I continued to support it. Besides, somewhat selfishly, the fact was that it wasn’t really going to affect me one way or the other. I couldn’t qualify for the subsidies it offered and Obama said if I liked my old policy (which I did) I could keep it. That was my plan.

Wrong. My cancellation letter arrived a few weeks ago. It said “your current plan will no longer be offered because it doesn’t comply with the Affordable Care Act.” That afternoon I called my health insurance broker, who I liked because she was helpful in securing my old plan. We chatted, I took notes, and here is how it transpired:

“So you’re telling me that my premium is going up eight percent, and my annual deductable is going up 270 percent because my 2014 insurance, which has been cancelled, does not fulfil the requirements of Obamacare?”
“That’s right,” she said.
“And that I’m paying for maternity coverage on my policy, despite the fact that never in human history has a man given birth, and I’m unlikely to do so?”
“Correct,” she said.

“Isn’t there a way I can save some money if you were to drop the maternity coverage?” I said, not willing to give in.
“No, it doesn’t work that way. Obamacare says everyone has to have it.”
“But I liked my old policy,” I said. “It did everything I needed it to do, with a reasonable premium and far lower deductable. So I now pay more for both, prior to my insurance paying anything, right? I mean, I’m paying more for less.”
“Well, perhaps in your case, that’s correct,” she said.
“But I don’t understand that. I’m paying for stuff that, biologically, can never happen. Why is that?” I said.
“Because that’s how the Affordable Care Act works. You have to pay more so those women who want to get pregnant can, and they don’t have to pay more because they’re women.”
“But it’s not my fault they’re women. I had nothing to do with it.” She laughed.
“If women don’t want to get pregnant, I suppose I have to pay for their contraception methods too?” There was silence, but I persisted. “Tell me something, will women pay if I get prostate cancer? And how about if I need Viagra? You know how expensive that is. Will women pay for my Viagra?”
She laughed again. “Your policy will not cover Viagra.”
“But that’s not fair. If I need it and can’t get it, they’ll be displeased and I’ll be miserable. If I’m paying for them to get pregnant, why don’t they pay for my Viagra?” I said. “The whole thing sounds a little sexist to me, as well as the first steps toward wealth re-distribution. Very socialist. Very nanny-state.”
“Well,” she said. “That’s what Obamcare is. Someone has to pay to provide health care coverage to others.” 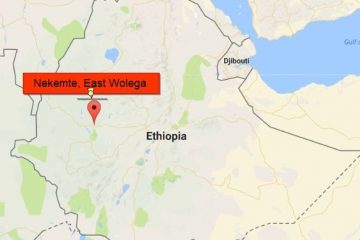