Addis Abeba, August 27/2019 –  In a statement it released this morning, Addis Abeba police commission said it was investigating two of its officers who were caught on camera while brutally assaulting a young man and a woman who was seen attempting to stop the police officer.

The police officers were captured in a video by an individual called Abel D. who posted the clip on twitter. Abel told Addis Standard he was around the area when the assault happened. The 35 seconds video also showed a second police officer firing his automatic rifle in to the air.

The incident happened yesterday at Nifas Silk Lafto Kifle Ketema, Wereda 06, in an area commonly known as Kera-Gofa Mazoria. Abel confirmed it happened at 9:55 AM “around Kera.”

“He [the young man who was assaulted] was not a prisoner,” Abel said, “first they got into an argument with the police who was beating him. He [the police] gave his gun to his friend, who then fired it in to the air the first time (I didn’t [capture] that); then they handcuffed him and kept beating him, and then the second shot came up (the one captured on the video).”

In the statement this morning the city police commission said the two officers got involved to separate a fight between two brokers and when the police officers asked to take the two in to a police station “it escalated to an argument and the police officers assaulted the individuals and fired shots in to the air.” The case is currently being investigated, the statement said, and added that the officers were newly recruited members of the city police commission.

The video went viral, garnering collective condemnations from Ethiopians on social media. Addis Standard’s attempt to get a statement from the police were to no avail until this morning’s statement, which denounced the officer’s action as “unnecessary and unacceptable.” It also said the results of the investigations would be made public when due. The commission encouraged the public to communicate similar malpractices to relevant authorities.

This is not the first incident where increasing number of police brutality were reported by individuals. In the first week of June this year, social justice advocate Blen Sahlu posted a lengthy thread detailing her encounter with three police officers in the city. Several others have been sharing similar experiences as of late.

Journalist Haimanot B. Ahsenafi also posted an article in which she reported the inexplicable death of three individuals in the hands of “security forces” in Addis Abeba.

Exclusive: "If we don't treat this carefully and we meddle things, it will affect the entire region": ONLF chairman on Jubaland 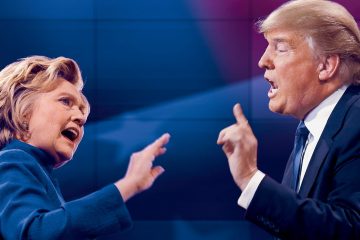